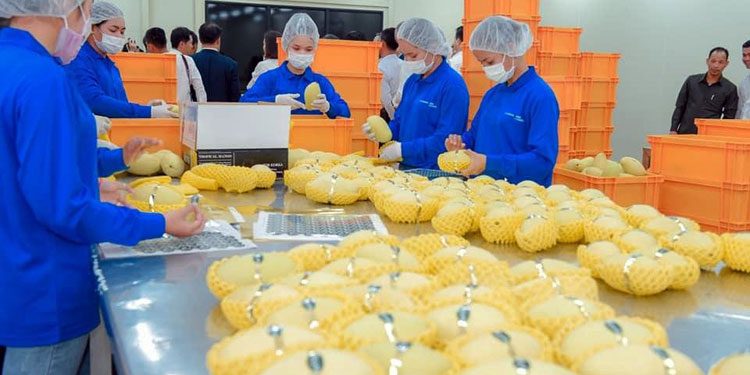 Cambodia exported a total of 2.689.685 tonnes of agricultural products to foreign markets during the first seven months of this year, despite the global COVID-19 crisis.

Report from the Ministry of Agriculture, Forestry, and Fisheries shows that the exported agricultural products included rice, cassava, cashew nuts, corn, bean, banana, pomelos, mangos, pepper, chili, and so on.