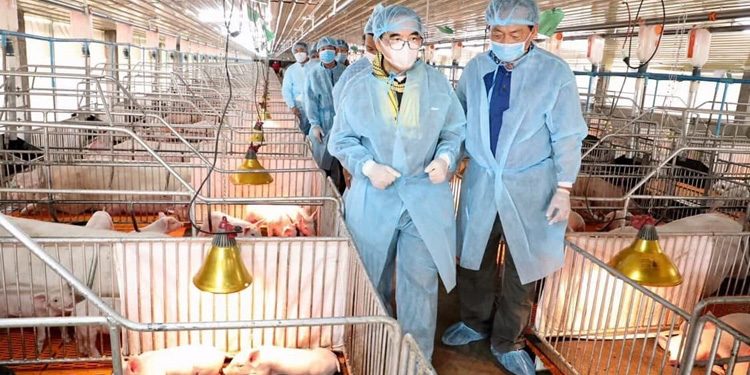 Cambodia exported $4.037 billion in agricultural products in 2020, according to data from the Minister of Agriculture, Forestry and Fisheries.

The year’s agriculture exports included $61.30 million in animal production.  This category includes cattle, pork and poultry as well as chicken and duck eggs and other animals.

More than $8.33 million in fishery products exports were also recorded in 2020. Those products included river and marine fish products and aquaculture.

Ngoun Lay, president of the Kampot Pepper Promotion Association, said more than 60 tonnes of pepper were exported to foreign markets, including the EU, the US, Japan, South Korea and Hong Kong. He added that the total production of Kampot pepper this year was around 80 tonnes. Lay also said that some pepper remains in stock.

“During the early harvest season, the market for Kampot pepper seemed to be stable and companies have already started contracting with the association,” Lay said.

“We expect that next year orders will increase by more than 60 tonnes. Meanwhile, we are strengthening pepper production to ensure its quality and to supply the market,” he said.

The price of white pepper stands at $28 per kilo, red pepper at $25 per kilo and black pepper at $15 per kilo.

The agriculture minister noted that of the nation’s approximate 3.4 million hectares of paddy fields, more than 3.26 million hectares were in harvest, yielding a 3.34 tonnes average/hectare.

Sakhon added that 2020’s total paddy production was 10.93 million tonnes, sufficient to afford the nation a surplus of 5.9 million tonnes of paddies.

Why Indonesia is vaccinating its working population first, not the elderly