Why Indonesia is vaccinating its working population first, not the elderly 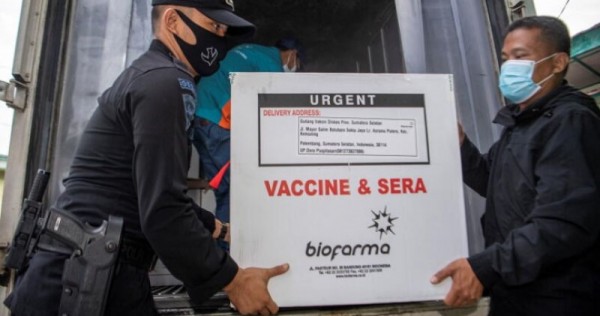 JAKARTA – As Indonesia prepares to begin mass inoculations against Covid-19, its plan to prioritise working-age adults over the elderly, aiming to reach herd immunity fast and revive the economy, will be closely watched by other countries.

Several countries such as the United States and Britain that have already begun vaccinations are giving priority to elderly people who are more vulnerable to the respiratory disease.

The following are experts’ views on the merits and risks of the Indonesian approach, under which working-age adults will be vaccinated after front-line health workers and public servants.

Indonesia, which plans to begin mass inoculations with a vaccine developed by China’s Sinovac Biotech, says it does not have enough data yet of the vaccine’s efficacy on elderly people, as clinical trials under way in the country involves people aged 18 to 59.

“We’re not bucking the trend,” said Siti Nadia Tarmizi, a senior health ministry official, adding that the authorities would await recommendations from the country’s drug regulators to decide on vaccination plans for the elderly.

While Britain and the US began immunisations with a shot developed by Pfizer and its partner BioNTech that showed it works well in people of all ages, Indonesia has initial access only to the Sinovac vaccine.

The South-east Asian country has a deal to receive 125.5 million doses of Sinovac’s CoronaVac shot, and a first batch of 3 million doses are already in the country.

Shipments of the Pfizer vaccine to the country are expected to begin from the third quarter, while a vaccine developed by AstraZeneca and Oxford University will start being distributed in the second quarter.

“I don’t think anybody can get too dogmatic about what is the right approach,” said Peter Collignon, professor of infectious diseases at Australian National University, adding that Indonesia’s strategy could slow the spread of the disease, although it may not affect mortality rates.

“Indonesia doing it different to the US and Europe is of value, because it will tell us (whether) you’ll see a more dramatic effect in Indonesia than Europe or US because of the strategy they’re doing, but I don’t think anybody knows the answer.”

Professor Dale Fisher from the Yong Loo Lin School of Medicine at the National University of Singapore said he understood the rationale of Indonesia’s approach.

“Of course older people are more at risk of severe disease and death so vaccinating those has an alternative rationale. I see merit in both strategies.”

Budi Gunadi Sadikin, Indonesia’s health minister, said the country needs to vaccinate 181.5 million people, or roughly 67 per cent of its population, to reach herd immunity, and requires almost 427 million doses of vaccines, assuming a double-dose regimen and a 15 per cent wastage rate.

Some experts are sceptical about reaching herd immunity, as more research needs to be done to ascertain whether or not vaccinated people can transmit the virus.

“There could be the risk of people still capable of spreading the disease to the others,” said Hasbullah Thabrany, chief of the Indonesian Health Economic Association.

Will it help economic recovery?

Economists have argued a successful vaccination programme covering around 100 million people will help jumpstart the economy, as they are more likely to resume economic activity such as spending and production.

Faisal Rahman, an economist with Bank Mandiri, said that the 18 to 59 age group has consumption needs that are higher than other groups.

“They could jack up the economic recovery faster because household consumption contributes more than 50 per cent to Indonesia’s economy,” he said, warning that rising Covid-19 cases in the country could also risk lowering people’s confidence.

The pandemic pushed Indonesia, South-east Asia’s largest economy, into its first recession in more than two decades last year, with the government estimating a contraction of as much as 2.2 per cent.