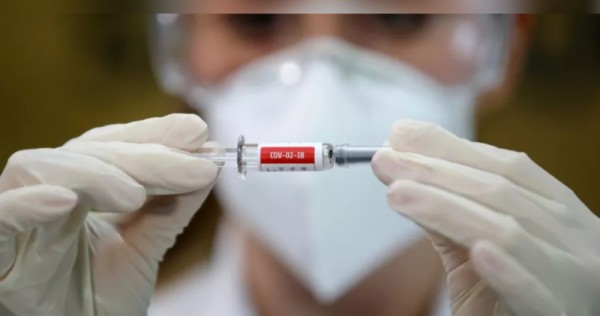 Brazil’s health regulator has suspended the large, late-stage trial of an experimental Covid-19 vaccine by Chinese developer Sinovac following the death of a volunteer, which the company’s local partner said was “unrelated” to the vaccine.

In a statement on Monday, national health surveillance agency Anvisa said “a severe adverse event” had occurred on October 29 without further elaboration. “The agency decided to suspend the study to evaluate the data observed so far and judge the risk and benefit of continuing the study,” it said.

According to Dimas Covas, director of the Butantan Institute – the Sao Paulo research centre which has partnered with Sinovac – the “severe adverse event” had been the death of a volunteer, but he questioned the decision to halt the trial.

“We found [the Anvisa order] a bit strange,” Covas told broadcaster TV Cultura. “It’s a death unrelated to the vaccine. Because there are more than 10,000 volunteers right now, the person can have a traffic accident and die.

”This never leads to the interruption of a clinical trial. I ask now that tomorrow, at the first hour, these details get clarified.”

Sinovac said in a statement on Tuesday afternoon that it “had confidence in the safety of the vaccine” and would communicate with Brazilian authorities on the matter, adding that clinical trials in Brazil would continue to be carried out “in strict accordance with Good Clinical Practice” requirements.

No halt to trials have been announced in Indonesia and Turkey, where the vaccine candidate is also being tested.

It is not uncommon for late stage trials to be suspended. In September, a global trial of a Covid-19 vaccine jointly developed by the Oxford University and pharmaceutical giant AstraZeneca was paused to review safety data after a participant reportedly suffered a spinal cord problem. The trial restarted last month in the US, Britain, Brazil, South Africa and Japan.

Johnson & Johnson, which halted trials of an experimental vaccine last month following an unexplained illness in a participant, resumed the trial days later.

Anvisa’s decision came as Sao Paulo governor Joao Doria announced the state had broken ground on a factory that will mass produce the vaccine – called CoronaVac – once approvals are granted, according to local newspaper Folha de Sao Paulo.

The vaccine, developed by Beijing-based Sinovac Biotech, was approved by Brazil for a Phase 3 trial to test its broad safety and efficacy in July and the number of volunteers was expanded in September, from 9,000 to 13,000.

But CoronaVac has been the subject of rows between Brazil’s central government and its richest state. Doria is expected to run against incumbent Jair Bolsonaro for the presidency in 2022 and a successful vaccine campaign could provide political leverage.

Last month Bolsonaro said his government would not purchase the vaccine due “to its origin” and suggested China lacked credibility to develop a cure for the coronavirus.

Later, Brazil’s health regulator authorised the import of the vaccine candidate and Butantan Institute was granted an “exceptional” permission to bring six million doses of the unregistered experimental vaccine into the country for Phase 3 trials.