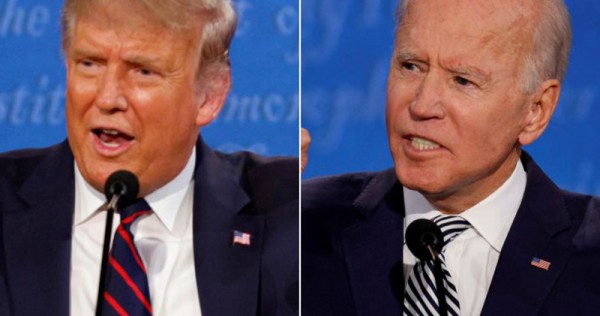 REHOBOTH BEACH, DELAWARE/WASHINGTON – United States President-elect Joe Biden solidified his election victory on Friday (Nov 13) by winning the state of Georgia, and President Donald Trump said “time will tell” if another administration takes over soon, the closest he has come to acknowledging Mr Biden could succeed him.

Edison Research, which made the Georgia call, also projected that North Carolina, the only other battleground state with an outstanding vote count, would go to Mr Trump, finalising the electoral vote tally at 306 for Mr Biden to 232 for Mr Trump.

The numbers give Mr Biden, a Democrat, a resounding defeat of Mr Trump in the Electoral College, equal to the 306 votes that Mr Trump, a Republican, won to defeat Mrs Hillary Clinton in a 2016 victory Mr Trump called a “landslide”.

At a White House event where he predicted a coronavirus vaccine would be available for the whole population by April, Mr Trump edged closer to acknowledging he might leave the White House in January but stopped short.

“This administration will not be going to a lockdown.  Hopefully the, uh, whatever happens in the future – who knows which administration it will be? I guess time will tell,” Mr Trump said in his first public remarks since Mr Biden was projected as the election’s winner on Nov 7.  Mr Trump did not take questions after the event.

Mr Trump has claimed without evidence that he was cheated by widespread election fraud and has refused to concede. State election officials report no serious irregularities, and several of his legal challenges have failed in court.

While Mr Trump has yet to concede, Mr Biden officials reiterated they were moving ahead with transition efforts regardless.

Although the national popular vote does not determine the election outcome, Mr Biden was ahead by more than 5.3 million votes, or 3.4 percentage points. His share of the popular vote, at 50.8 per cent, was slightly higher than Ronald Reagan’s share of the vote in 1980 when he defeated Jimmy Carter.

ALSO READ: Trump appears to acknowledge for first time that Biden could succeed him

To win a second term, Mr Trump would need to overturn Mr Biden’s lead in at least three states, but he has so far failed to produce evidence that he could do so in any of them. States face a Dec 8 “safe harbour” deadline to certify their elections and choose electors for the Electoral College, which will officially select the new president on Dec 14.

A Michigan state court rejected on Friday a request by Mr Trump to block the certification of votes in Detroit, which went heavily in favour of Mr Biden. And lawyers for Mr Trump’s campaign dropped a lawsuit in Arizona after the final vote count rendered it moot.

Federal election security officials have found no evidence that any voting system deleted or lost votes, changed votes, “or was in any way compromised”, two security groups said in a statement released on Thursday by the lead US cyber security agency.

Mr Trump was set on Friday afternoon to make his first public remarks since Mr Biden was projected as the election’s winner on Nov 7. The White House said he would address the nation on the efforts by the government and drugmakers to develop effective treatments for the coronavirus pandemic.

Biden officials said on Friday they would press forward with the transition, identifying legislative priorities, reviewing federal agency policies and preparing to fill thousands of jobs in the new administration.

“We’re charging ahead with the transition,” Ms Jen Psaki, a senior adviser to Mr Biden’s transition team, said on a conference call on Friday, while stressing that Mr Biden still needs “real-time information” from the Trump administration to deal with the resurgent pandemic and national security threats.

“With every day that passes on, it becomes more concerning that our national security team and the president-elect and the vice president-elect don’t have access to those threat assessments, intelligence briefings, real-time information about our engagements around the world,” she said. “Because, you know, you don’t know what you don’t know.”

Mr Biden will be briefed by his own group of national-security experts next week, she said. He met transition advisers again on Friday at his Delaware beach house where he is mapping out his approach to the pandemic and prepares to name his top appointees, including Cabinet members.

Mr Trump’s refusal to accept defeat has stalled the official transition. The federal agency that releases funding to an incoming president-elect, the General Services Administration, has yet to recognise Mr Biden’s victory, denying him access to federal office space and resources.

Fox News correspondent Geraldo Rivera, a Trump confidant, said he had spoken to the president by phone on Friday and that Mr Trump had given him the impression that he would follow the US Constitution and surrender his office after every vote was counted.

“He told me he’s a realist. He told me he would do the right thing,” Mr Rivera said in an interview with Fox.

“I got no impression that he was plotting the overthrow of the elected government. He just wants a fair fight.”

The following is a list of the states won by each candidate and the corresponding number of electoral votes, based on the projections of US media including CNN, Fox News, MSNBC/NBC News, ABC, CBS and The New York Times.

** Maine has a similar method to Nebraska. Of its four electoral votes, three have been projected for Biden, while the fourth went to Trump. 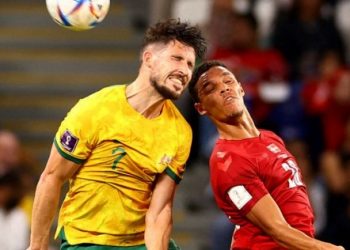 AL WAKRAH, Qatar - Australia upset Denmark 1-0 on Wednesday to qualify for the World Cup knockout phase for the first...