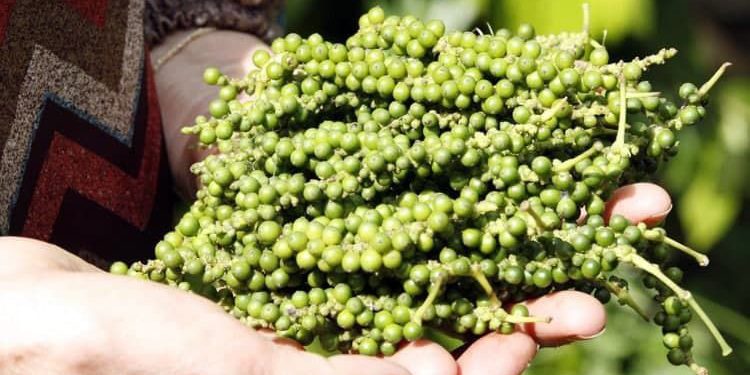 The export of Kampot pepper remains stable despite the COVID-19 crisis.

Mr Nguon Lay, President of Kampot Pepper Promotion Association said about 50 tonnes of pepper have been exported to foreign markets, including the EU, the U.S., Japan, South Korea and Hong Kong.

“I can say that the export is stable between last year and this year, i.e. around 50 tonnes,” he told AKP.

Mr Lay said Kampot pepper’s export has not been affected by COVID 19 yet, but the domestic market has already been hit.

“Our potential yield is from 70 to 80 tonnes per year, we exported yearly around 50 tonnes, and about 20 to 30 tonnes we sold to foreign tourists visiting Cambodia, but this year no tourists,” he added.

Kampot pepper is a certified Cambodian geographical indication (GI) product since 2016. Beside Kampot, Cambodia can grow pepper in different parts of the country, and therefore can produce more pepper for export.

According to a report by the Ministry of Agriculture, Forestry and Fisheries, in the first nine months of this year, Cambodia exported 4,121.95 tonnes of pepper, an increase of 123.76 percent in the same period last year.