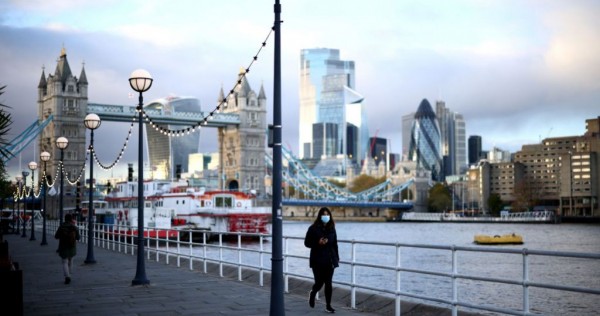 SINGAPORE – There’s no denying that Covid-19 is back with a vengeance in some parts of the world, and the authorities as well as health experts fear worse may be yet to come.

This is because of the onset of winter coupled with exasperated populations with many people now just hanging on to hope that a viable vaccine may be just round the corner.

Japan, whose daily Covid-19 infections numbered in the low hundreds only weeks ago, has seen a marked uptick in cases over the past fortnight. It hit a new daily high for the second straight day on Friday (Nov 13), with at least 1,693 cases.

Infections in South Korea are also creeping up after a brief lull of daily cases falling below 100 in September. In the past two weeks, the country has been registering triple-digit new cases on most days.

Indonesia reported a record 5,444 new cases on Friday. Malaysia, too, has been reporting new infections in the high hundreds since mid-October. The country registered about 800 to 900 infections every day this week.

Across Europe, the infection curves are also showing a clear upward trend.

Russia on Friday registered a record high of 21,983 new cases, as did Germany with its 23,542 cases. Britain hit another all-time high of 33,470 daily infections on Thursday. The same day, Greece for the first time recorded more than 3,000 new cases, and Italy reported over 30,000 infections almost every day this month.

In the United States, total cases set a new high for the third straight day with 153,496 infections on Thursday. More than a dozen states have doubled their caseloads over the past two weeks. US cities, including New York, Chicago, Detroit and California, have reimposed public health restrictions.

News this week that an effective vaccine was another step closer to fruition has fed optimism among peoples around the world left fatigued by months of social restrictions.

But officials and health experts have warned against complacency.

With winter descending on some regions, the pandemic may yet worsen as people are more likely to gather indoors and spend more time in warmer, less-ventilated areas, allowing the coronavirus to spread. With access to a vaccine still some time away, experts say measures to contain infections must remain in place for now.

“We may be tired of Covid-19 but it is not tired of us,” World Health Organisation chief Tedros Adhanom Ghebreyesus said on Thursday. “A vaccine is needed urgently, but we cannot wait for a vaccine and put all our eggs in one basket.”

America’s top infectious disease specialist, Dr Anthony Fauci, concurred: “Now we need to double down on the public health measures as we’re waiting for the vaccine.”

Asian nations are not letting up on efforts.

Japan’s Prime Minister Yoshihide Suga on Friday said the government was on the highest alert in its virus response, but added that a state of emergency or a halt of a domestic tourism campaign was not necessary at this point.

South Korea has started imposing fines on those caught without masks in public, with offenders having to cough up to 100,000 won (S$120).

In China, the National Health Commission’s Deputy Minister Li Bin reminded citizens that the country’s “epidemic prevention and control work cannot be relaxed for a single moment”, warning that sporadic cases or clusters might emerge in the winter.

Leaders in Europe said there would be no easing of curbs for the time being.

It’s “certainly not the moment to loosen the reins”, French Prime Minister Jean Castex said on Thursday amid a national lockdown, the second in the country.

“If we just lower the numbers a little bit now and stop too soon, we might fall into a constant alternation of lockdown and opening,” Bavarian premier Markus Soeder said of Germany’s partial shutdown.

British transport minister Grant Shapps said the record daily cases was “a very, very solid reminder that we have to do the basics” of regular hand-washing and maintaining social distancing.

But for all the dire warnings and penalties in place, there is growing evidence that people, tiring of the restrictions, are increasingly ignoring them.

A survey by global polling firm Ifop revealed this week that 60 per cent of the French population admitted to flouting anti-virus regulations, taking the country’s current lockdown far less seriously than they did the previous one in spring.

In India – where there are fears that the festive Deepavali season could see a new surge in infections, 19-year-old student Tanisha reflected the sentiment of many others.