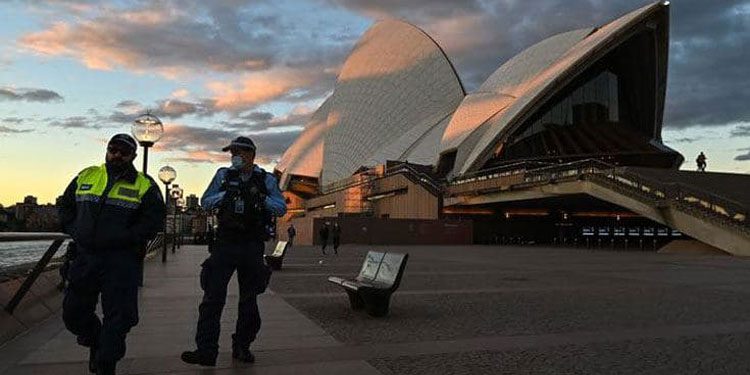 Economic releases out this week are expected to show that central banks have zero appetite for tighter monetary policy amid fresh waves of Coronavirus infections across the Asia-Pacific.

The Reserve Bank of Australia announces its monthly policy this afternoon. The central bank is expected to keep its benchmark interest rate at 0.1 percent, a record low. There may be some tweaks to policy, according to Moody’s Analytics, the research unit of the world’s biggest ratings company.

“The RBA is expected to reverse its decision to taper its bond purchases from September in light of the increasing economic costs posed by the domestic outbreaks,” Moody’s said.

“The Delta variant-driven localised outbreaks have triggered significant movement restrictions of varying intensity and duration on some of the populous states, disrupting the recovery momentum and threatening to undo the sizeable progress made towards an employment revival.”

A three-day lockdown in the Queensland capital Brisbane was extended yesterday, while the military took to the streets of Sydney to enforce restrictions there. The New South Wales capital has been under lockdown for six weeks after a spike in Coronavirus cases.

Australia has not been hit as hard by the pandemic as many countries in the Asia-Pacific region. There have been just over 34,400 infections and fewer than 1,000 deaths.

India has been hit harder by Covid-19 than any country except the US. There have been nearly 31.7 million infections and more than 420,000 deaths.

The central bank is likely to keep its benchmark rate at 4 percent after Friday’s monthly meeting, according to Moody’s, even though there are some signs the worst may be over.

“Daily new cases have been on a declining trend through most of July, allowing state-level restrictions to be eased and consumption to turn the corner after a sharp decline in May,” Moody’s said. “Although higher inflation may become a prominent issue over the next couple of quarters, particularly in the event of a sub-optimal monsoon season, maintaining low funding costs in the post-restrictions phase will be critical to support domestic businesses and households. This will be essential, as domestic demand may see a slower recovery emerging out of the second wave. The central bank is thus unlikely to significantly deviate from its current accommodative stance on interest rates and liquidity over the September quarter.”

Indonesia has also been hit hard by a fresh wave of Coronavirus infections and that is likely to have taken its toll on economic growth. The government extended restrictions outside the island of Java by another week on Sunday. The country has the highest infection rate among Southeast Asian nations at more than 3.4 million, with nearly 96,000 deaths.

The International Monetary Fund cut its forecast for Indonesia’s 2021 GDP last week to 3.9 percent, down 0.4 percentage points from its April outlook.

That said, Moody’s is forecasting a slight uptick in second quarter growth. It says figures released on Thursday are likely to show Gross Domestic Product rose 1.6 percent compared to a year earlier after a 1.5 percent rise in the first three months of the year.