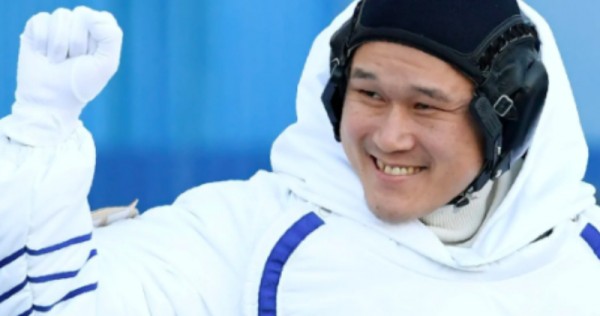 Japan has announced plans to double the scale of its space industry, a decision driven by the quest for resources to be found in outer space, defence considerations and a certain degree of rivalry with China.

The cabinet on Tuesday approved an updated Basic Plan on Space Policy for the first time in five years, outlining Japan’s aims over the coming decade. Its current spending of Ұ1.2 trillion (S$15.6 billion) a year lags well that of the United States and Europe – and Tokyo intends to double that figure by the early 2030s.

The plan calls for the private sector to play a bigger role in space development and technology, with one component of the policy being co-operation with Nasa on its Artemis programme, which aims to put astronauts back on the moon by 2024. Tokyo hopes that a Japanese astronaut will be on one of the early missions.

Japan also intends to make use of its advanced robotic technology to explore the moon in search of water, in the form of ice, that will be needed to sustain the first colonists on the Earth’s nearest neighbour.

Tokyo also plans to step up defence co-operation with Washington by increasing the number of intelligence-gathering satellites, primarily to monitor the developing threats posed by China and North Korea, such as the deployment of intercontinental ballistic missiles.

“Japan put all its eggs in the International Space Station basket, which has been very expensive, but that has allowed them to understand their strengths so they are very comfortable in the area of robotics, for example,” said Lance Gatling, a Tokyo-based aerospace analyst.

He said that while Japanese technology was “very sophisticated and reliable”, it was also far more expensive than systems developed by other countries, meaning Japan had lagged behind its rivals in the commercial space market.

Locating usable deposits of water was critical to future efforts to have a manned moon base and Japanese robotic technology would be deployed to find those resources, Gatling said.

He added that once the moon had been colonised, the next stage would be to carry out commercial mining operations and explore and exploit asteroids – with the moon ultimately used as a “gateway” to the first manned missions to Mars.

“There is, of course, a good element of pride and prestige in these sorts of projects, which will see a national flag being planted on the moon,” Gatling said.

Japan’s plans for outer space have been encouraged by the success of China’s Jade Rabbit lunar rover mission in 2013.

“China has spent a lot of money that has not necessarily been commercially successful, but there is a ‘soft power’ competition going on in this area between Japan and China,” Gatling said, pointing to contributions by both Beijing and Tokyo to other nations’ space programmes, including assistance with launches and the training of specialist aerospace engineers.

North Korea reacted angrily to reports in January that Japan would create a military space unit in May with an initial complement of 20 personnel from the Self-Defence Forces. That figure is expected to increase to around 100 by the time the unit is fully functional in 2023.

“Japan is madly keen on exploiting even outer space for its sinister purpose of building up its ‘defence capacity’,” the state-run Korean Central News Agency reported on January 18.