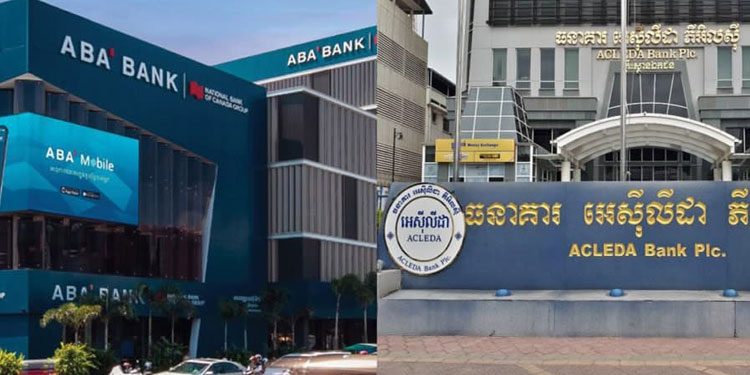 According to reports disclosed to the Cambodia Securities Exchange (CSX), ABC and ABA posted $98 million and $103 million in after-tax profit respectively during the first nine months of 2020.  ABC posted an increase of 14 percent year-to-date, with ABA showing a 23 percent jump compared with the same period last year.

It is hoped that increased digitalisation can address these factors, allowing the banks to increase their profit margins and improve their return on average equity (ROAE). ABC’s currently stands at 3.41 percent with ABA’s at 5.56 percent.

Local investment firm Mekong Strategic Partners (MSP) said that both banks are doing well with their digital offerings and respective customer adoption rates. However, it added that satisfying consumer behaviour and needs and ensuring a simple and convenient customer experience are still underlying issues.

“Mobile banking apps are being incorporated into the daily lives of customers, particularly for payments and transfer and [when] used frequently enough, this channel becomes a habit,” said MSP Senior Manager of Financial Services Tola Chea. He added. “These apps build somewhat of a network effect, where it is more convenient for customers to be part of a large network than not.  So many will join for the convenience, or just to be enabled.”

ACLEDA Bank’s Executive Vice-President Mar Amara said the bank is looking to financial technology to improve many aspects that would increase profitability and customer satisfaction. “The electronic payment ecosystem will minimise operational costs and help mitigate risks for the banks while enhancing convenient, fast and highly secure banking transactions by smartphone, computer or other devices, anywhere, anytime in real-time,” Amara added.

However, Amara also outlined that the sector is facing hurdles from both consumers and the sector’s regulator, the National Bank of Cambodia (NBC). “From the regulator side we would like to see the NBC establish a national payment hub for payments including QR, remittances and other services as well as an electronic-Know Your Customer that is supported by national ID data and information,” Amara said.

“From the consumer side, [in order] to fulfill potential in the Cambodian economy, financial technology must overcome a lack of public and consumer awareness and a low financial technical literacy rate,” she added.

ABA Bank also reiterated the importance of the banks’ digitalisation strategy with ABA Chairman Yves Jacquot stating the bank’s stable growth has become possible because of the bank’s prudent strategy and significant leverage on its state-of-art digital banking platform. “In Q3, ABA significantly improved its mobile banking application by bringing new services and convenient features [to it]. The bank also started to roll out its brand-new network of self-banking spots called ABA 24/7,” Jacquot stated.“ABA partnered with Techo Startup Center, under the Ministry of Economy and Finance, and Project Bakong, under the National Bank of Cambodia, to promote financial inclusion and the use of the national currency in banking transactions,” he added.