Why is Suga so insistent on the Tokyo Olympics? It’s partly the threat of losing face to China 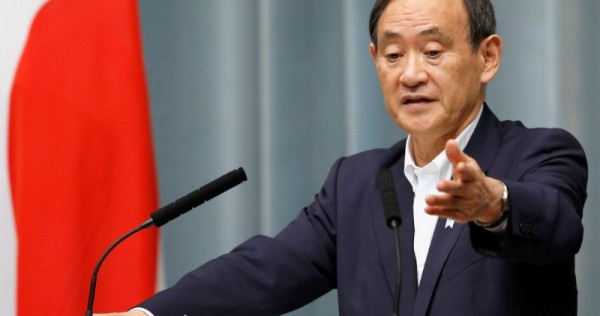 In the Diet on Monday (Jan 19), delivering his first policy speech of the year, Prime Minister Yoshihide Suga was adamant about the two issues that have come to overshadow his administration – Japan would overcome Covid-19 “as soon as possible”, he insisted, and the delayed Tokyo Olympic Games and Paralympics would go ahead as scheduled.

Both tasks appear to be monumental in scale, and Suga has a lot riding on meeting those promises. If he gets them right, he becomes the leader who pulled off the improbable. Get them wrong, however, and an administration that is already faltering in the polls – with a support rate already below 40 per cent, just four months after he took office – and his political fate will be sealed.

But there is also a sense that this is personal to the prime minister on several levels, analysts say.

“The government is insisting that the Games will go ahead, and that is partly because so much money, energy and political capital have been invested into the event, but it’s also a matter of face,” said Jeff Kingston, director of Asian studies at the Tokyo campus of Temple University.

“Suga is not a person who is prone to self-reflection, doubt or reconsidering a course of action, and he remains committed to full speed ahead on the Olympics for a lot of reasons,” he said, including the loss of face that would be associated with the Tokyo event being postponed again or cancelled before the February 2022 Winter Olympics is held – in Beijing.

“The Olympics was seen as a way to showcase Japan and focus on the growth strategy of inbound tourism,” Nakano said. “The aim was to bring more Australians into the ski resorts, and wealthy travellers from other parts of Asia, particularly China, with the Olympics serving as the final opportunity to boost arrivals.”

Suga played a pivotal role in that policy, he said, and similarly championed the domestic “Go To Travel” campaign to promote domestic tourism once the nation’s borders were closed to foreign travellers. The campaign was meant to promote the travel sector as a driver of the national economy, but it has proved controversial amid Covid-19 surges in Japan.

“It could all come to nothing,” Nakano said. “The failure of a campaign that he spearheaded would not just be a humiliation, but it could very easily mean Suga losing his direction entirely.”

Kingston of Temple University said the prime minister would not be blind to the challenges that needed to be overcome for the Olympics to go ahead, as well as the precarious nature of his position, but added that Suga had no choice but to project an air of supreme confidence.

“He will be pushing it hard, because of all the vested interests behind the scenes, up until they have to make a decision on whether to pull the plug because it could become a super-spreader event,” he said. “Up until that point, he will be putting a brave face on it.”

India’s No 1 YouTuber CarryMinati on roast videos, gaming and feeling like he had ‘nothing to lose’