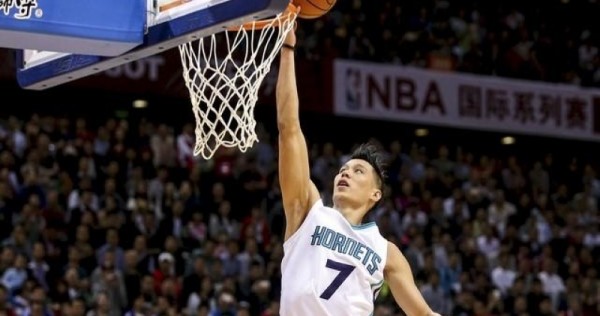 New Santa Cruz Warriors signing Jeremy Lin has said that people think he is “crazy” for turning his back on fame and riches in China to chase his NBA dream with the G League team .

“They treated me like a rock star out there,” Lin said of his season in China with the Beijing Ducks in an interview with The San Francisco Chronicle ’s Connor LeTourneau published on Friday. “It was a pretty surreal experience.”

“In China, I had so much fan support and so many amazing things going on,” Lin said, a week after confirming his move to the Golden State Warriors’ G League affiliate.

“To surrender all of that and to come here, honestly, some people think I’m crazy.”

Lin is the most popular player on Chinese social media of either NBA or Chinese Basketball Association stars, as per the Red Card Report released last month.

His popularity only grew last season which he spent with the Ducks, who he took to the CBA play-offs for the first time since 2016 while leading the team with 22.3 points and 5.6 assists per game.

The 32-year-old appealed to basketball fans across the board, leading the North in votes for the CBA All-Star game and finishing second overall to CBA superstar Yi Jianlian.

The “Linsanity” star has since swapped the Chinese Basketball Association for the G League, which is set to begin in a bubble at the ESPN Wide World of Sports at Disney World near Orlando, Florida, next month.

Lin is set to meet up with his new teammates next week and is training in the meantime. He updated his Weibo on Saturday (Jan 16) to tell fans of his progress, just as he has done since announcing his intention to swap China for another shot at the NBA.

“The last few days of the off-season. Calm down and concentrate on training. I‘m ready,” he wrote with pictures of him working out on the court.

His dream remains to play in the NBA again, as he reiterated to the San Francisco Chronicle .

“I truly believe that I’m an NBA player, but I’m not in it for the money, the clout, the fame or any of that,” Lin said. “I want to be able to make a difference. I want to bring glory to God through basketball.”

Why is Suga so insistent on the Tokyo Olympics? It’s partly the threat of losing face to China