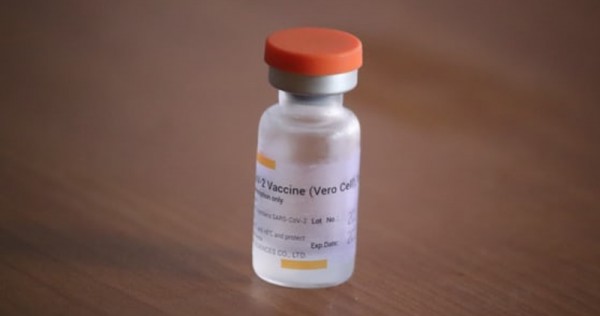 An extra Covid-19 vaccine shot should be offered to people aged 60 and above immunised with Sinovac Biotech and Sinopharm doses, a WHO advisory group said on Monday.

The Strategic Advisory Group of Experts on Immunisation (Sage) also said a third shot should be given to moderately and severely immunocompromised people vaccinated with any World Health Organisation-authorised vaccine.

Sage announced its recommendations following a review last week of data gathered since the WHO approved a handful of Covid-19 vaccines for emergency use.

Data shows that people in both groups were at greater risk of breakthrough infections after standard immunisation, according to Sage. Immunocompromised people in this group largely include cancer or other patients undergoing treatments that suppress their immune systems.

The group stressed that it was not recommending a booster shot , which is an additional shot given after a full primary course to address waning efficacy or the impact of variants. Rather, they recommended it be given as part of “an extended primary series” for these groups who were not mounting a sufficient immune response with two doses.

“There is clearly a public health call for action, and we know that the administration of a third dose can augment the immune response,” said Joachim Hombach, secretary of the independent panel of experts who held a four-day closed-door meeting last week.

“We know that the addition of a third dose, moving into a two-plus-one schedule, provides a strong response, and so we expect from there much better protection.”

For the Sinovac and Sinopharm vaccines, the recommendation is for a the third dose of the same vaccine but if supplies are limited another company’s dose could be considered, with the third shot offered one to three months after the second dose, according to Sage.

“When implementing this recommendation, countries should initially aim at maximising two-dose coverage in that population, and thereafter administer the third dose, starting in the oldest age groups,” Sage said.

The recommendation from Sage – which gives policy guidance but does not authorise vaccines – could add to stress on already stretched vaccine supplies, should countries using Sinovac and Sinopharm decide to give older adults a third jab.

“We feel that this recommendation is timely in the sense that we realise it’s going to have implications about the supply for these vaccines, so we would like to make this earlier rather than later,” Sage chair Alejandro Cravioto said.

A number of lower and middle-income countries in Latin America and Southeast Asia have relied at least in part on the Chinese-developed vaccines for their mass immunisations, and China has promised to supply two billion doses to the world this year, most of which have been from Sinovac and Sinopharm.

The two vaccines have also headlined the roll-out of vaccines in China, where more than 2.2 billion doses have been administered, covering roughly 80 per cent of the population.

Yanzhong Huang, a senior fellow for global health at the Council on Foreign Relations in New York, said the Sage recommendation could affect tens of millions of older adults in China alone, where over 18 per cent of the population is above 60.

“This is going to be challenging for the government to communicate this to the public – it’s going to raise a lot of questions and concerns among the Chinese public in terms of the necessity of receiving the third dose,” he said.

Specifically, there may be confusion if health authorities seek to revise elderly vaccinations to a three-dose regimen while considering boosters for some at-risk populations of younger adults, according to Huang.

Several regions in China have already begun to offer booster shots for targeted groups, often adults in high-risk jobs. Earlier this week, Wuhan, in the central province of Hubei, announced plans to roll out booster jabs for such workers as well as for people aged 60 and above or with weak immune systems, according to local media.

Unlike other vaccines approved by the WHO, the Sinopharm and Sinovac doses are made using traditional “inactivated virus” technology, relying on a disabled virus to stimulate immune protection.

Sage experts said they did not see a need to recommend a third shot in a primary regime for younger adults based on existing data for these vaccines.

The group will review data relating to the need for booster shots for these or other vaccines at a meeting next month. The WHO has issued a moratorium on booster doses until the end of the year, citing gaping inequities in vaccine access.

Immunologist Kylie Quinn, a vice-chancellor’s research fellow at RMIT University in Melbourne, said the Sage recommendations were timely, with more data emerging in recent months about how the inactivated vaccines worked in the elderly, whose immune systems were less able to respond to new viruses, and in general for those who were significantly immunocompromised.

“The WHO is not precluding third doses for other people down the track, but they are saying very clearly these are the groups that we are the most concerned about and this is how we need to prioritise the [vaccine] supply,” she said.

For groups included in the latest recommendation, the advisory group is saying “we can’t be confident that those two doses are enough to get them in the ballpark of having a reasonable amount of ongoing protection against this virus”, according to Quinn.

“To get them even in the same ballpark as the general population, you have to give them a third dose – that’s the distinction between the ‘primary regimen’ and the booster.”