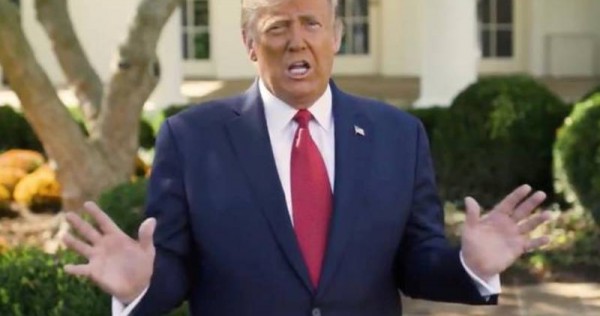 President Donald Trump’s physician said on Thursday that Trump had completed his course of therapy for the coronavirus, had remained stable since returning to the White House and could return to public engagements on Saturday.

Dr. Sean Conley said in a memo released by the White House that Trump had responded “extremely well” to treatment without any evidence of adverse effects.

Trump was hospitalised on Friday after he announced he had contracted the coronavirus. He returned to the White House on Monday.

“Since returning home, his physical exam has remained stable and devoid of any indications to suggest progression of illness,” Conley wrote. “Saturday will be day 10 since Thursday’s diagnosis, and based on the trajectory of advanced diagnostics the team has been conducting, I fully anticipate the President’s safe return to public engagements at that time.”

Trump, confined to the White House with the illness that he has sought to play down, said earlier on Thursday he did not believe he was contagious and was feeling good enough to resume campaign rallies.

Such rallies, particularly held indoors, have raised concern among public health experts about spreading the virus.

“I’d love to do a rally tonight. I wanted to do one last night,” Trump said, adding that “if I’m at a rally, I stand by myself very far away from everybody,” Trump told Fox Business Network.