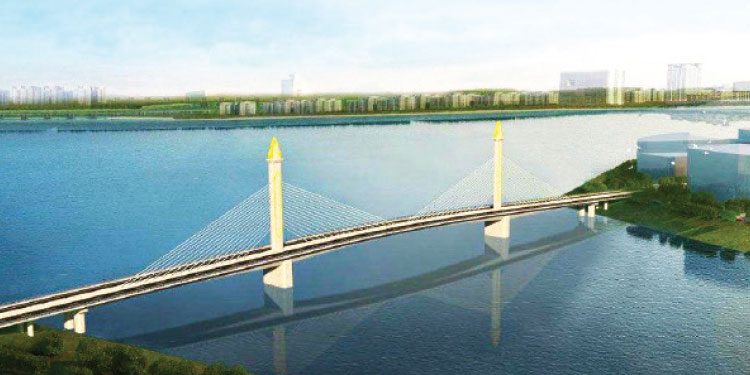 The construction of a bridge connecting Koh Pich satellite city in Phnom Penh to the Koh Norea development area in the capital’s Khan Chbar Ampov will begin on Oct. 26.

This was announced Wednesday by the Prime Minister during the inauguration ceremony of the Prince Manor Resort in Kean Svay district, Kandal province.

According to the Premier, he will preside over the upcoming groundbreaking ceremony.

Once built, the bridge will contribute significantly to reducing traffic congestion on National Road No. 1, especially at Preah Monivong Bridge.

OCIC, one of the locally-owned largest finance, infrastructure, construction and real estate developers, is also developing a new modern city in Koh Norea.

The bridge will cost an approximate $40.8 million and equipment for its construction will be transported to Phnom Penh through international border checkpoints. Taxes for the imported equipment are said to be borne by the government.

The bridge will help ease traffic congestion once it opens to the public, OCIC has said, adding that the government granted permission in principle for the firm in October 2018 to develop Nore, adjacent to Diamond Island.