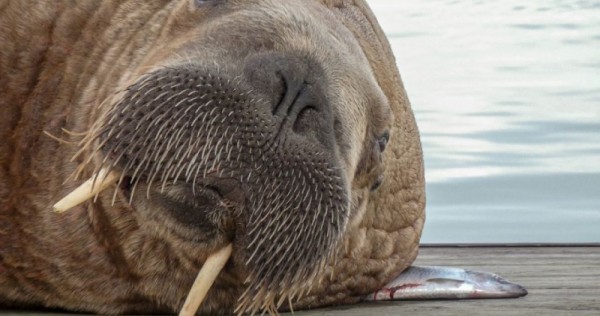 COPENHAGEN – Wally, the walrus who has found fame during his travels round Europe, has been spotted in Iceland more than 900 km from his last known location, Seal Rescue Ireland said.

He was previously seen 22 days ago in West Cork, Ireland, sparking concerns for his safety, but the Irish rescue charity said new pictures of a similar-looking walrus taken in Iceland were indeed Wally.

“We are absolutely over the moon that he’s not only still alive and well, but he is well on his way home to the Arctic,” said Seal Rescue Ireland.

It had come to the conclusion after comparing pictures with the British Divers Marine Life Rescue organisation and other seal rescue centres in Britain and Europe, where Wally has previously been spotted.

“We compared the photo to confirmed photos of Wally, and were able to identify markings on his flippers that were an exact match,” Seal Rescue Ireland executive director Melanie Croce told Reuters by e-mail.