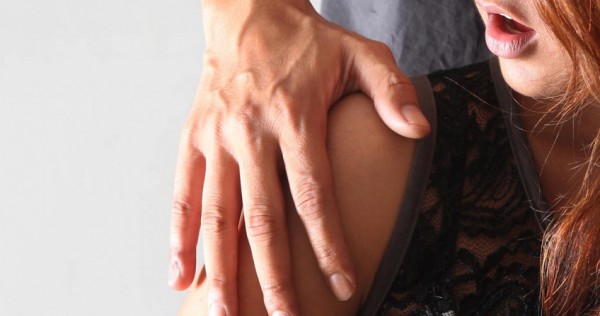 In Vietnam, a man caught groping a woman’s bottom would be slapped with a fine of 200,000 (S$12) or the cost of a pizza. This is what happened to an Estonian citizen living in Ho Chi Minh city, after a woman reported him to the police for slapping her posterior in lift earlier this year.

Last year, another man was given exactly the same fine after forcibly kissing a woman, also in a lift.

Social media users decried the US$8 fine as being a mere slap on the wrist, pointing to how more sexual harassment cases against women are coming to light because of CCTV use in cities, but perpetrators are not getting their just deserts.

Do Chi, a 25-year-old who works in a logistics company, said she escaped two men on a motorcycle who directed inappropriate remarks at her and attempted to touch her on a poorly lit street. But she felt that reporting it to the authorities would be pointless, so she shared her experience in a private, women-only Facebook group – like many of the other 15,000 members, comprising local and foreign residents of Ho Chi Minh City, who have revealed their experiences of sexual harassment.

“To be honest, [the experience] made me feel more unsafe than I already felt,” said Chi, who at the age of 14 was physically and sexually abused by a male tutor.

“[He] beat me up at first, manipulated me, called me stupid and made me believe it… then he used his finger to touch my private parts, but not too deep to actually take my virginity”.

She said the assaults, which lasted for two years, put her through episodes of depression and suicide attempts in subsequent years, during which she counted on her loved ones for support.

One in 10 women have experienced one or more kinds of sexual harassment in Vietnam, according to the National Study on Violence against Women in Vietnam in 2019 by the United Nations Population Fund, the UN sexual and reproductive health agency.

The study, released in July, found women were most likely to experience unwanted personal electronic messages with sexual content (7.6 per cent) followed by being groped or touched sexually in a public place such as on a bus (4.9 per cent). About 260 respondents said they had been sexually abused before the age of 15.

Foreigners in Vietnam have also been the victims of sexual harassment. Sal*, a middle-aged American citizen and a long-time Hanoi resident, said he had been grabbed by his genitalia without his consent three times in public by Vietnamese men. Like Chi, Sal did not report the incidents to the police, while revealing that other expats had told him about similar experiences.

“I had a little voice in the back of my head reminding me not to hit him,” he said, referring to the third man who grabbed his crotch.

“The one thing I’d always had stressed was that even if you lose your cool and get angry in Hanoi, you never, ever strike a Vietnamese person unless it is in self-defence.

“My experience was very uncomfortable, confusing, and off-putting, but fundamentally, it had little ongoing effect on my life. I can’t imagine the degree of violation that must come with all this also being accompanied by the threat of grave bodily harm or death,” he said, referring to the sexual abuse experienced by women.

While the law stipulates that employers must apply sanctions to offences in the workplace including sexual harassment, sexual assault is not generally considered a criminal offence in Vietnam. Acts such as forcing a kiss on a person or grabbing their body without their consent are considered an administrative violation falling under the category of “indecent speech and behaviour”, with fines ranging between US$4 and US$13.

Ta Ngoc Van, chief lawyer at the Hanoi-based non-profit Blue Dragon Children’s Foundation, explained that the acts were considered an offence against the government’s regulations and not against a person.

By comparison, in neighbouring Cambodia, those convicted of sexual harassment face between six days and three months in jail and a fine of between US$25 and US$123. In Singapore, words or gestures intended to insult a person’s modesty are considered a sexual offence and perpetrators can imprisoned for up to a year and/or fined.

In South Korea, a man was fined 3 million won (US$2,700) in 2016 for groping a woman’s bottom on an escalator, while a year later another man was sentenced to six months jail for committing the same offence on the street, according to local media reports.

While many women have come forward to tell their story, Vietnam remains slow to embrace the #MeToo movement to the extent of other socially conservative cultures such as South Korea. However, there was a huge backlash last year against paedophiles after numerous cases of minors who had been sexually harassed, abused and raped came to light – which resulted in stricter regulations to protect children, including a more comprehensive legal definition of child molestation.

Between 2015 and June last year, there were more than 8,700 children who were victims of abuse in Vietnam — 73.85 per cent of whom were sexually abused, according to a government report.

Dr Khuat Thu Hong, a prominent feminist who runs the Institute for Social Development Studies, an independent research organisation in Hanoi, said Vietnam’s laws were “impotent” when it came to protecting women.

“In Vietnam and many countries, children are everything. When something [bad] happens to a kid, people think of their own kids and feel furious which prompts them to speak out. But when adults are assaulted, the level of fury is unlike what we see in regards to children[’s issues]. People don’t take it as seriously,” she said, adding that it would take time for Vietnamese people to understand the importance of the issue and that the #MeToo movement was slowly taking shape in the country.

Lawyer Van — who has worked to secure the freedom of hundreds of victims of human trafficking, most of whom are women — said sexual harassment should be criminalised. “Everybody including the abused have to speak up so that the law can be amended.

“If behaviours which insult the dignity of people, including women, are not punished, the next generation might also disrespect women’s dignity.”

To this end, some young people in Vietnam are fighting stigma to shine a light on sexual harassment and advocate for gender equality.

Linh Hoang, co-founder of the Vietnam Organisation for Gender Equality and sex education start-up WeGrowEdu, said her students were taught about bodily autonomy and their right to equality and respect so as to avoid self-blaming if they became victims of harassment.

“We also explain to students that most harassers or people who take harassment lightly are also victims of ignorance,’’ the 23-year-old entrepreneur and activist said, referring to the lack of education and systemic inequality in Vietnam.

‘’From there, students become fully informed about sexual harassment and see it as a social issue, so they can become stronger and ready to take action if possible to create social change.”

Nurses in the Philippines can’t go abroad, but there are few opportunities at home