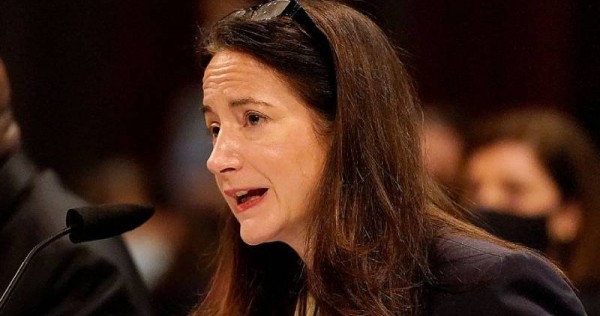 WASHINGTON — Leaders of US spy agencies said on Tuesday (March 8) that Russian President Vladimir Putin may intensify the assault on Ukraine despite military setbacks and economic hardships resulting from international sanctions, setting up “an ugly next few weeks.”

They estimated that 2,000 to 4,000 Russian troops had died and said Russia was feeling the effects of sanctions, but the situation could become much worse for Ukrainians, with food and water supplies in Kyiv possibly running out within two weeks.

“Our analysts assess that Putin is unlikely to be deterred by such setbacks and instead may escalate,” Director of National Intelligence Avril Haines told the annual House of Representatives Intelligence Committee hearing on worldwide threats, where she testified with other intelligence agency directors.

Haines said Putin’s announcement that he was elevating his nuclear forces’ readiness was “extremely unusual” since the 1960s, but that intelligence analysts had not observed changes in Russia’s nuclear posture beyond what was detected during previous international crises.

William Burns, director of the Central Intelligence Agency, echoed Haines’ assessment that Russia is unlikely to back down.

“I think Putin is angry and frustrated right now. He’s likely to double down and try to grind down the Ukrainian military with no regard for civilian casualties,” Burns said.

Given reports that Russia is cutting off basic supplies to Kyiv, home to 2.8 million people, Lieutenant General Scott Berrier, director of the Defence Intelligence Agency, said the situation in Ukraine’s capital could worsen quickly.

“I don’t have a specific number of days of supply that the population has. But with supplies being cut off, it will be somewhat desperate in, I would say, 10 days to two weeks,” Berrier said.

Berrier said the United States did not have evidence that Russia had committed war crimes beyond what has appeared on social media. Berrier said that “the bombing of schools and facilities that are not associated with the Ukrainian military certainly would indicate that he is stepping up right to the line if he hasn’t done so already.”

Burns said China’s leaders are “unsettled” by events surrounding the assault on Ukraine, despite refusing to condemn Russia or call the attack an invasion.

“They did not anticipate the significant difficulties the Russians were going to run into. I think they are unsettled by the reputational damage that can come by their close association with President Putin; second by the economic consequences at a moment when they are facing lower annual growth rates than they’ve experienced for more than three decades,” Burns added.

Berrier said his “low confidence” assessment was that 2,000 to 4,000 Russian troops have been killed.

At the hearing, Democratic and Republican committee members praised the work done by the US intelligence community ahead of the Russian invasion.

‘Don’t Worry, Be Happy’: Behind sandbags, Odessa waits to see if it’s next