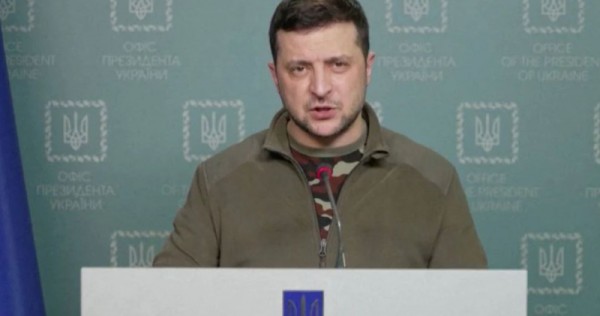 LVIV, Ukraine – Ukrainian authorities said on Tuesday (March 8) a six-year-old girl had died alone from dehydration in the ruins of her home in the southeastern city of Mariupol, after shelling by Russian forces destroyed the building and killed her mother.

Moscow calls its actions in Ukraine a “special military operation” designed to destroy its neighbour’s military capabilities and capture what it regards as dangerous nationalists. It denies targeting civilians.

Heavy Russian bombardment over the past week has cut off water, heat and power supplies in the port city of around 400,000 people and prevented emergency services from reaching many places that have been attacked, the city council says.

“We cannot say how long our little, strong Mariupol citizen has been fighting for her life. We cannot imagine how much suffering an innocent child had to endure,” Mayor Vadym Boichenko said in an online post, sharing only the girl’s first name: Tanya.

“In the last minutes of her life she was alone, exhausted, frightened, terribly thirsty. This is just one of many stories from Mariupol, which has been in the blockade for eight days.”

Ukrainian President Volodymyr Zelenskiy said it was unacceptable that a child could die in such a way in the 21st century.

“In 2022, from dehydration,” he said in a video address, likening the humanitarian crisis in some Ukrainian cities to that created by the Nazi invasion during World War Two.

As of Tuesday morning, the UN human rights office had recorded at least 406 civilians killed in Ukraine since Russia invaded on Feb 24, but it said the real figure was likely to be much higher.