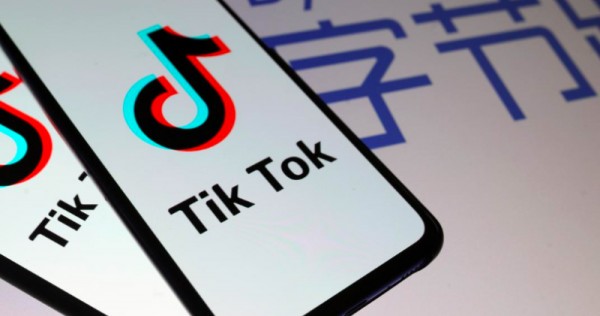 A threat by the United States government to ban the Chinese app TikTok in the US has stoked concern among some users and observers that such a move on the short-form video platform is politically motivated.

“Washington DC right now is looking for reasons to show how ‘tough’ it can be on China, and Tik-Tok is a convenient target precisely because it is wildly popular,” said Steven Weber, associate dean of School of Information at the University of California, Berkeley.

Citing threats to national security, the Trump administration signaled that it was considering banning TikTok, owned by Byte-Dance of Beijing, in the US.

On Friday the e-commerce company Amazon sent out an internal message to employees telling them to delete TikTok from their mobile devices that have access to company email, but later retracted the message, saying it had been sent in error.

An Amazon representative said: “There is no change to our policies right now with regard to TikTok.”

Soon after, Wells Fargo, the country’s fourth-largest bank, directed its employees to delete TikTok from their work phones over concerns about the app’s privacy and security controls.

Also on Friday, the Democratic and Republican national committees warned their staff to take additional security precautions when using TikTok.

Weber said some of the generalized frustration with and anger at social media companies, particularly Facebook, for security, is being directed at TikTok. However, these debates have become politicized, and the key issue is worsening US-China relations, he said.

“In theory, any app that collects users data (in other words, essentially every app) could be a national security risk,” Weber said.

“I think TikTok is trying very hard to prove that it is not, but it’s essentially impossible to prove a negative.

“In other words, my view is that the issue here isn’t really about TikTok; it’s about the overall deterioration in Sino-American relations. This week the villain is TikTok, last month it was Zoom, and before that Huawei.”

B. Clifford Neuman, associate professor of computer science practice at the University of Southern California said he was unclear on the legal basis under which the Trump administration could ban TikTok outright, without bringing suit and providing due process consideration.

“With respect to TikTok’s use on particular computers or devices that handle sensitive information as used by government employees and contractors, there already are regulations in place that limit the kinds of applications that can run on these computers.”

Justin Sherman, a fellow with the Cyber Statecraft Initiative at the Atlantic Council, said the Trump administration conflated national security with trade negotiations.

“The Trump administration has taken almost like a whack-a-mole approach to dealing with these issues, because it seems that as soon as a Chinese company is in the news, all of a sudden that becomes the new target.

“It seems very unlikely that there’s thinking going on about the longer-term strategy, and much more likely that the focus instead is on this politically motivated attack on an application because it’s a Chinese-owned app, even if there are real security questions.”

According to Sensor Tower, a company that provides market insights, TikTok was downloaded more than two billion times globally on the App Store and Google Play during the first quarter of this year.

It was downloaded in the US 165 million times and has become particularly popular among young users who use it to upload memes and share political satires.

The potential ban was met with disappointment among some users and panic among others.

A user named matthewyescas3 posted a video of himself expressing sadness at the potential move: “I’m so sad that the US is banning it too. First India now US.” (Two weeks ago the Indian government, citing, “sovereignty and integrity “said it was blocking 59 apps, including TikTok.)

A TikTok user with the name ironno said in a video message posted on the app: “TikTok has been a complete game changer for minorities. We have been able to connect with each other.”

ByteDance said that “user security is of the upmost importance” to the company. It has strongly denied that it provides user data to the Chinese government and said it stores all TikTok US user data in the US.