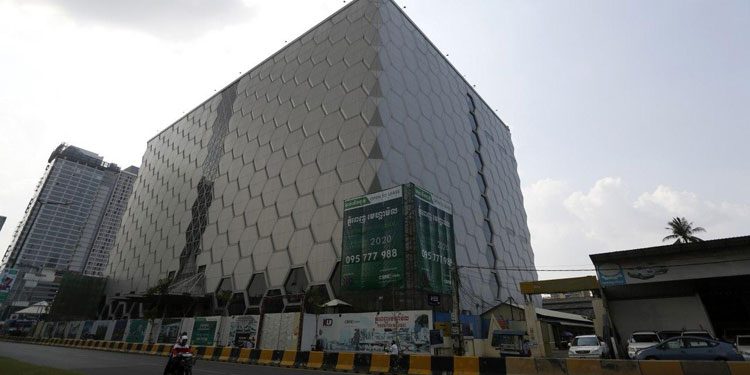 The long-running legal dispute between Parkson Retail Asia Ltd (PRA) and a company owned by a prominent Cambodian businessman over a mall venture in Phnom Penh has taken another turn this week.

At the conclusion of two years of proceedings, an arbitration panel in Singapore sided with PRA and ruled that it acted legally when it terminated its contract with Hassan (Cambodia) Development Co Ltd (HCDC).

PRA, which filed for arbitration in Singapore on behalf of Parkson (Cambodia) Co Ltd (PCCO), argued earlier that they have the right to void the contract, claiming that HCDC failed to meet its contractual obligations, mainly the turnover of new store premises in the Phnom Penh Megamall (formerly Parkson Mall), along Russian Federation Boulevard, by Dec 31, 2016.

In the latest ruling, the Singaporean arbitrator ordered HCDC to pay $7.8 million to PRA. The amount represents security deposit, advanced rental payments and other costs.

The new ruling came on the heels of decisions by two separate courts in Cambodia in favour of HCDC.

In a ruling handed down in April of this year, the Phnom Penh Municipal Court sided with HCDC and ordered PRA to pay $144 million in damages, including lease payments for the duration of the agreement. The lease agreement between the two parties covers a period of 24 years.

Asked for his comment, Nasiet Othsman, chairman of the board of directors of HCDC, said it will not honour the decision of the Singaporean arbitrator because the Cambodian courts have jurisdiction over the matter.

“It is a dispute between two Cambodian companies over a project in Cambodia,” he pointed out. To make the point, HCDC decided not to participate in the Singapore arbitration proceedings.

Also working in favour of HCDC is the fact that a ruling in a foreign jurisdiction in such matters will have to be executed with the concurrence of Cambodian judicial authorities.

“The Appeal Court of Cambodia may decide not to allow the execution of the award because it has fully decided that Cambodian courts have jurisdiction over the case in response to the claim of Parkson and the dispute has been decided by a Cambodian court,” Nasiet Othsman said.

In cited documents, there are clear clauses which states that the contract covers a period of 24 years, commencing from 2016, the year it was signed and to expire in 2040. PRA is supposed to have done the interior works of the space it had leased.

The dispute started when PRA reportedly failed to commence interior works, thus leaving the building as a shell until the contract went into litigation because of non performance by Parkson.

PRA filed for arbitration in Singapore two years ago, asking for HCDC to pay for damages and return the security deposit and advanced rental payments. HCDC denied the claims and filed a counter-suit in Cambodia seeking $144 million in damages.

Singapore-listed PRA is a unit of Parkson Holdings Bhd, a Malaysian retail giant with operations in other countries, including China, Vietnam and Indonesia.

Prime Minister Hun Sen seeks more investment from the US