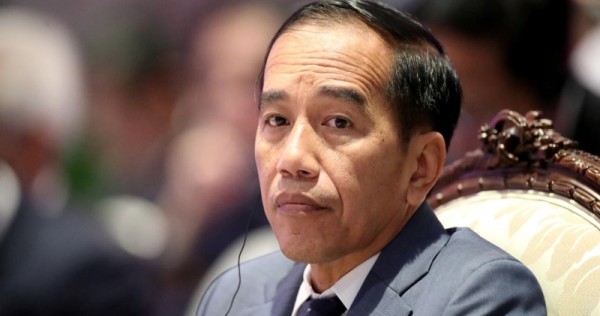 One is an Indonesian businesswoman and corruption suspect who fled the country 17 years ago while being investigated for allegedly embezzling more than US$200 million (S$300 million) in export loans from a state-owned bank.

The other is an Indonesian businessman who fled the country in 2009, one day before the country’s Supreme Court convicted him for his role in embezzling tens of millions of dollars in state bailout funds for banks – but who somehow came back into the country unhindered earlier this year.

The pair are not connected by business or family, but their cases collided publicly last week as Maria Lumowa was extradited back to Indonesia from Serbia on Thursday.

Days before, police and government officials conceded that Djoko Tjandra was in hiding in Indonesia after getting a new state identity card and having his lawyer file for a judicial review of his Supreme Court conviction.

Some might see this as a glass half-full as one is in custody, but in Indonesia, given decades of endemic corruption among its powerful political, military and business elite and futile efforts to stop it, it’s an empty glass, according to analysts.

Transparency International’s Global Corruption Barometer – last conducted in 2017 – found 65 per cent of Indonesians surveyed said they felt corruption had increased at that time, second only to China (73 per cent) in the Asia-Pacific region.

“With the integrity and professionalism of the police force and Attorney General’s Office as they are now, I’m very concerned about the government’s anti-corruption commitment,” said Natalia Soebagjo, a senior member of Transparency International Indonesia and former chairwoman of its executive board.

“For me, the emasculation of the KPK is proof of the lack of the executive’s commitment and a victory for those in the legislative who felt threatened by an impartial anti-corruption agency,” she said, referring to the Corruption Eradication Commission.

In November 2019, Indonesia’s House of Representatives – which has seen dozens of past members sent to prison for corruption – amended the anti-corruption agency law, putting the KPK under the supervision of the country’s president, thus stripping it of its independent status and making it a government agency.

The amended law also established a supervisory body that has the power to meddle in operational details such as authorising wiretaps, raids on homes and businesses, and granting permission for investigations.

Anti-corruption groups are currently appealing the revised law in court.

“When the KPK was established in 2003, we all supposed that at least it gave us some hope,” said Erry Riyana Hardjapamekas, a former deputy chairman of the anti-corruption agency. “And now, the new KPK law of 2019 is a disaster. Oversight is fine, but do not put an oversight body into operational issues.”

The anti-corruption agency’s establishment was a direct result of the corruption-infested regime of the late autocratic president Suharto, who amassed billions during his 32-year rule and shared the largesse with business cronies and the Armed Forces before being forced out amid student protests in 1998.

While the KPK has prosecuted and imprisoned hundreds of national and provincial lawmakers, cabinet ministers, governors and mayors, and business people, key pillars including national political parties, state agencies and the notorious bureaucracy have wholeheartedly resisted reforming themselves and continue to grease the wheels.

For example, how could numerous wealthy business people who were either suspects or convicted of corruption be able to skip the country during the past two decades, passing through airport immigration checkpoints and avoiding the police and state prosecutors?

The answer, according to analysts, is simple.

Lumowa, who fled in 2003, relocated to Holland – Indonesia’s former colonial master – and reportedly obtained Dutch citizenship. It remains unclear why she was in Serbia, where she was detained on Wednesday, following efforts by authorities there operating under an extradition treaty.

Tjandra had fled to Papua New Guinea, established large businesses there, and recently returned to Indonesia by air within the past four months, according to authorities, and revived the appeals process of his corruption conviction while in hiding.

Some reports say he had also lived in Singapore, as do other wealthy Indonesian corruption fugitives, because it does not have an extradition agreement with Indonesia.

News of Tjandra’s return was nothing short of an embarrassment for the government of President  Joko Widodo.

Harsono said the major drawback of Indonesia’s corruption fight is that, unlike other Asian countries including South Korea and the Philippines, it has refrained from prosecuting a sitting or former president, including Suharto.

“As long as Indonesia never tries a president, it is still corrupt,” he said.

Hugging a tree in Israel to beat the coronavirus blues