The race is on to save Siem Reap’s economy 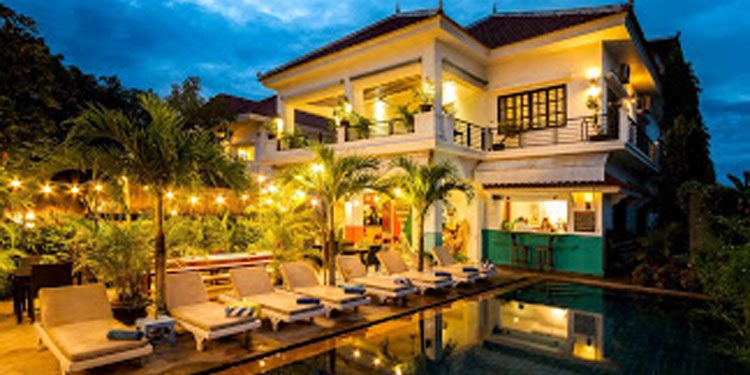 This was promptly followed by a committee announcement that the Angkor Wat International Half Marathon, scheduled for December 6, would be postponed, and that a new date would be announced at some time in the future.

The half-marathon had already been pared down, from last year’s 12,000 participants to just over a thousand local and foreign-resident registered runners this year. Some connected activities, like concerts, were cancelled.

The Kraum Chat Makers Market was to hosted by the Mirage Contemporary Art Space in collaboration with Open Studio Cambodia, Slap Paka Khmer (Khmer Collaborative Writers), Phare Circus, Friends International and Goel Community, on the same weekend as the half-marathon.

Mirage press officer Kasia Sumislawska said, “We have observed that the pandemic has proven to be a challenging, yet creative time for many artists.”

“Many new brands emerged, and others found a way to redefine themselves and address new audiences. We would like to offer them the space to showcase their work to a wide audience in Siem Reap,” she said.

But this week, Kasia announced that the market has been postponed until a new date is announced for the Angkor Half Marathon.

Also affected is the fourth edition of the Canopy Market, hosted by Yannida Cazeaux and Danet Phal and organised in conjunction with Coralie Romano’s Superfly Biker’s Shop and Bar, usually held in a rural setting on the fringes of town.

The colourful and popular market first kicked off on December 1 last year, and by late last month almost 60 exhibitors had already registered.

These closures, or postponements, if that’s what they turn out to be, are a further kick in the economic guts to Siem Reap, and how to overcome the disastrous downturn will be a challenge for leading entrepreneurs in Siem Reap, such as Ilana Tulloch, the co-founder and marketing director for Baby Elephant Group, a boutique social enterprise including the Baby Elephant Boutique Hotel, BE Happy Guesthouse, Sugar Spa and Yoga Space in Siem Reap.

On November 2, Tulloch was named by the Australian Government’s Australia-Asean Council as one of the Top 20 Social Entrepreneurs in Asean or 2020, for her work with the Baby Elephant Group.

As part of this recognition, she will participate in a six-week programme to deepen Asean regional connections and, as a businesswoman, to face the challenges of COVID-19.

On November 26, she attended the Ambassador Round Table on invitation by the Australia-Asean Council via Zoom, and reported on Facebook, “I now have ideas going into overdrive as to how we at Baby Elephant Group can support the UN sustainable development goals for more positive outcomes for everyone, especially as we move into a very different world.”

Ilana, who also consults to UNDP and other non-governmental organisations, has been busy fighting for the livelihoods of Baby Elephant staff and families by raising funds to pay salaries through GoFundMe and gift voucher portals.

She tells Khmer Times that the recognition she’s received from groups such as the Australia-Asian Council has been a great benefit.

“After five years of working on building a social enterprise with a strong mission and values in Siem Reap, largely without even taking a salary for myself, it feels wonderful to finally have some support through these international connections and education to drive things forward,” she says.

“The vision that my co-founders and I have has not faltered. We see it as more important than ever that sustainable, meaningful jobs and training opportunities be provided to vulnerable people. We will continue to fight to keep our staff employed with our #HelpYourHerd and Gift Voucher campaigns,” she adds.

She says that while there will be a slow return of tourism next year, it may not be enough to keep a lot of businesses and jobs open.

“Keeping employment up and keeping people out of unsafe and insecure working conditions needs to be the biggest priority,” she says. “There need to be incentives such as loans and employment grants in order to keep jobs.”

“It has already been nearly a year now of no tourism and that is a precarious state for us all to be in. There’s only so long that you can lose money every month,” Tulloch says.

“I have seen some really positive community development – private sector and provincial and national governments joining with strategic support of non-governmental [organisations] such as the UN Residents Office with their COVID-19 Socio-economic framework,” she says.

“I am now on the board of the Cambodia Hotel Association – Siem Reap chapter,” says Tulloch. “And we are working hard for the entire tourism sector to ensure the resilience of tourism in Siem Reap.”