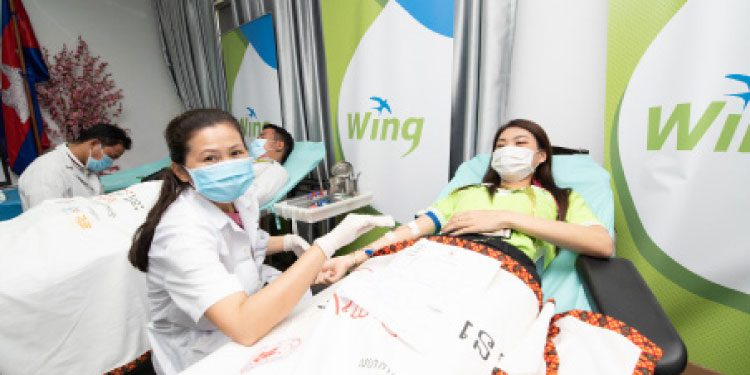 Wing reaps another award for its commitment to employees.

Wing has showcased its prowess as the winner of Asia’s Best Employer Brand award during a virtual ceremony hosted by the World HRD Congress at its 11th annual ceremony in October.

“Through the vision of Royal Group Chairman Neak Oknha Kith Meng, Wing is not only a key agent in extending financial accessibility to Cambodian people nationwide, but this award exemplifies Wing’s sustained commitment to its staff,” said Wing CEO Manu Rajan. “We invest in our people by building up their capacity to become dynamic future leaders through development programs, and by giving them opportunities to grow.”

Bringing together nearly 2,000 professionals from over 133 countries, The World HRD Congress also recognized Royal Group subsidiaries including Cellcard’s ICT Division and Ezecom. The World HRD Congress operates as an independent not-for-profit organization with the goal of making “work and working lives better”.

“Wing creates opportunities where each employee can share their voice, get involved in new initiatives and stay updated on our business direction from senior management through town hall meetings, cultural and community activities,” said Lao Sheanghai, Wing’s Director of Human Resources. “Wing commits to our goal to remain an attractive destination for job seekers across the Kingdom.”

The Employer Branding Institute and World HRD Congress congratulated Wing for its success in promoting a positive workplace environment.

“The Congress would like to encourage Wing (Cambodia) Limited Specialized Bank to keep up the good work and share their best practices within the industry to create a better workplace and culture. This award will enhance the scope and motivate the employees of Wing (Cambodia) Limited Specialized Bank to do more and achieve their organization’s goals,” the World HRD Congress said the statement.

Wing has consistently aspired to make foster the best workplace for its talent. As the leading mobile banking services provider in Cambodia, Wing’s staff has grown as its business has blossomed; the total number of Wing staff reached 451 by the end of 2019 – indicating a 22% increase over the previous year. The company has expanded its staff to 589 in 2020, despite the Covid-19 pandemic. Wing’s commitment to its employee retention and development has led to the successful launch of several capacity-building programs. In the past year alone, Wing invested nearly 11,000 hours in training for the development of over 445 Wing professionals, including for veteran and new employees. On top of that, every year Wing creates opportunities for students from various institutions of higher education to join an internship program and gain valuable, hands-on experience. As a testament to Wing’s exemplary workplace culture, 75% of Wing interns have progressed to become full-time employees.

Wing has contributed to the community through continuously engaging its employees in social and charity events through donations, and environmental, financial literacy and gender empowerment programs.

The race is on to save Siem Reap’s economy