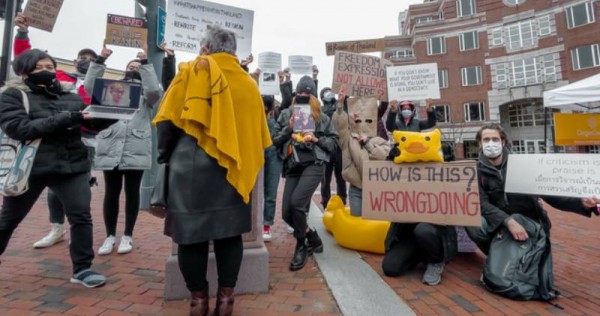 The Association for Thai Democracy, USA, a US-based non-governmental organisation, held a rally in Boston’s Bhumibol Square on Monday.

This association was created to seek international support for Thailand’s transition into democracy.

Thai expats in other countries, like Japan, France and the UK, have also been holding similar protests against the Thai government.

Meanwhile, protest leader Parit “Penguin” Chiwarak told protesters that a “big surprise” lay in store for them at the Wednesday rally outside the Crown Property Bureau. The anti-establishment protesters had last gathered in Nakhon Pathom’s Aksa Road on Sunday.

Parit said the protests signify people’s hopes and dreams for a better future as well as their right to decide on their destiny.

He insisted that Prime Minister Prayut Chan-o-cha’s resignation is necessary if the government wants to come to an understanding with the protesters.