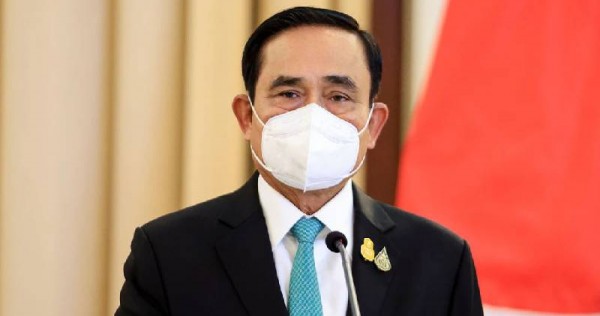 BANGKOK – Thailand’s opposition parties on Wednesday (June 15) filed a no-confidence motion against Prime Minister Prayuth Chan-ocha and 10 cabinet ministers, accusing them of graft, economic mismanagement and of undermining democracy and clinging to power.

The opposition expects the censure debate to take place next month and hopes it will bring down Prayuth’s 17-party government. It would be the last confidence vote Prayuth, 68, will face before his term ends in March next year.

Prayuth, a retired general who first came to power in a 2014 coup, has weathered three previous confidence motions since a 2019 election that kept him in power.

“(He) is a leader that has a flawed thinking, likes to cling to power, does not respect the rule of law, lacks morals and failed in managing states affairs,” Chonlanan Srikaew, the leader of the opposition bloc, told the house.

Stithorn Thananithichot, director of the Office of Innovation for Democracy at King Prajadhipok’s Institute, said Prayuth should survive as his coalition was still unified, while political analyst Sukhum Nualsakul said the motion was aimed more at next year’s election than Prayuth’s removal.

Others say the administration’s popularity has been declining, highlighted by last month Bangkok governor elections that saw pro-government conservative candidates defeated by a former opposition figure.

Government spokesman Thanakorn Wangboonkongchana said had nothing to fear.

“The prime minister is ready to explain to parliament and answers all issues raised by the opposition because the government is confident that it ran the country honestly without corruption that occurred in past governments,” Thanakorn said.