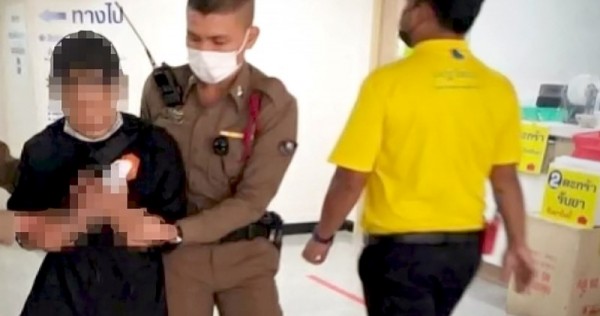 “The man was arrested and charged with several serious offences, and the gun he carried turned out to be a fake,” said Rienthong. “He probably has a mental disorder and wished to threaten me and the hospital staff.”

Rienthong, known as an “ultra-royalist”, said that after he established a Facebook movement called “Organisation for the Removal of Trash of the Land”, aiming to oppose lese majeste groups, he received several threatening messages, one of them promising to send a gunman to deal with him soon.

“My security guards are ex-military and they knew right away that the man was carrying a fake gun, that’s why they chose a non-lethal approach to stop and apprehend him,” Rienthong added. “I am assembling a team to find out the mastermind behind this, and I will keep the public updated.”