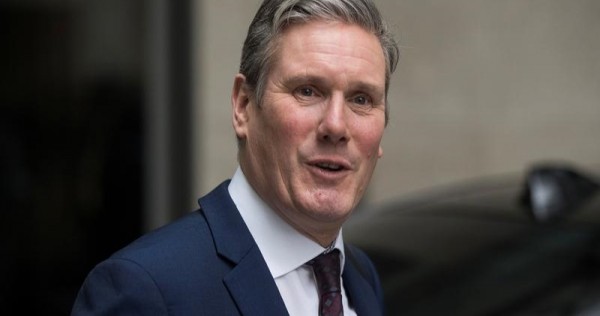 Dropping what his party has described as its “constructive opposition” towards government attempts to flatten a growing number of new coronavirus cases, Starmer said “there’s no longer time to give this prime minister the benefit of the doubt”.

“The government’s plan simply isn’t working. Another course is needed. That’s why I’m calling for a two to three week circuit break in England,” he told a news conference.

Starmer said his proposal, which he urged the government to adopt, would not mean schools closing. Instead the temporary lockdown could be timed to take place at the same time as an approaching school holiday.

Describing his plan as meaning “significant sacrifices across the country”, he proposed allowing only essential work and travel, restricting household mixing and the closure of all pubs, bars and restaurants, but with compensation.

Johnson wants to avoid a full national lockdown, saying he is trying to balance public health and the economy, but Starmer said the economy would suffer more in the long-run without a ‘circuit breaker’ to stem the spread of the virus.

With the number of Covid-19 cases and associated deaths rising across Britain, particularly in the north of England, Johnson has introduced a tiered system to try to better coordinate a response which, for many, had become difficult to understand.

But his adoption of a 10 p.m. curfew for bars and restaurants has raised tempers in his Conservative Party, with dozens of lawmakers rebelling during a parliamentary vote that approved the measures on Tuesday.

Earlier, Johnson urged his lawmakers to back his new tiered system, which classifies all English regions as medium, high or very high risk and determines restrictions accordingly. The devolved administrations in Scotland, Wales and Northern Ireland have responsibility for their own health policy.

Johnson will consider a “circuit breaker” lockdown if his tier system fails to work, a decision will be taken toward the end of next week, The Telegraph reported late on Tuesday.

The report citing government sources said Johnson could order a two-week closure of pubs, restaurants and some other businesses if measures brought in on Wednesday in Covid-19 hotspots do not reverse the spread of the virus.

Johnson acknowledged that while any restrictions went against his instincts, action was necessary, the lawmaker said, adding that the prime minister received a sympathetic hearing.