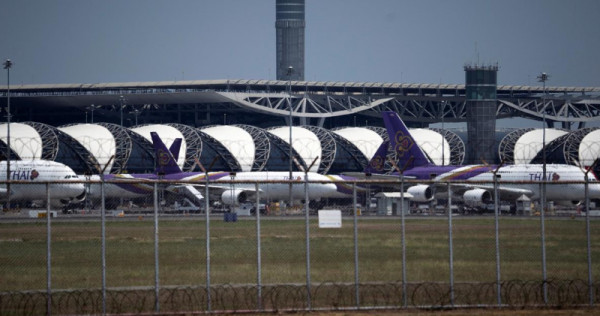 The plan for a court-led restructuring of the national carrier replaces a previous proposal of a government-funded rescue package that was heavily criticised in the country.

The state-controlled airline’s troubles are the latest example of how the coronavirus pandemic is crippling the global airline industry.

Colombia’s Avianca Holdings and Virgin Australia Holdings have filed for bankruptcy protection since the pandemic broke out.

Airlines around the world have grounded the bulk of their capacity due to government directives and border restrictions.

Thai Airways, though, had been in trouble even before the outbreak of the coronavirus due to stiff competition from budget airlines and bloated costs.

“The government has reviewed all dimensions… We have decided to petition for restructuring and not let Thai Airways go bankrupt. The airline will continue to operate,” Prime Minister Prayut Chan-o-cha told reporters at a news briefing.

“Thai Airways will be protected by the courts… and a professional will be appointed to oversee the restructuring,” Mr Prayut said, adding the airline’s workers will continue to have jobs.

Thai Airways said the plan will be implemented through the Central Bankruptcy Court and it would operate as usual as the restructuring took place.

“Thai Airways will not be dissolved or go into liquidation or be declared bankrupt,” Thai Airways acting president Chakkrit Parapuntakul said in a statement.

Operations, including passenger and cargo transportation, will continue in parallel with the plan, he said.

Thai Airways shares surged 11.7 per cent on Tuesday, but are still down by about a third this year.

Cambodia Ports report big decline in profit due to COVID-19