Taiwan to curb flow of Indonesian workers after Covid-19 spike 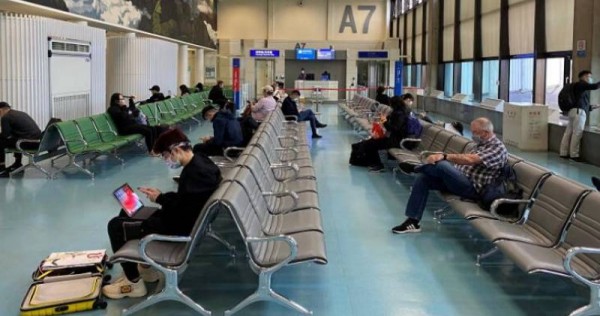 TAIPEI – Taiwan will restrict the number of Indonesian workers coming to the island from this week, following a spike in the number of coronavirus infections among migrant workers arriving from the south-east Asian country, the government said on Monday (Nov 30).

Taiwan is home to more than 250,000 migrant workers from Indonesia, which has the highest tally of virus infections and deaths in southeast Asia.

While early and effective prevention measures have helped the island keep the pandemic well under control, with no local transmission for more than 200 days, it has grappled with a steady increase in the number of imported cases.

More than 70 Indonesians coming to Taiwan to work, mostly as domestic helpers, have tested positive since the start of this month, government figures show, often while still in mandatory 14-day quarantine.

Taiwan’s Central Epidemic Command Centre said it would suspend entry of Indonesian workers from Dec 4 to Dec 17, and consider whether to resume entry from Dec 18, but limiting the number to half of what had been expected.

Subsequent measures will depend on the situation, it added.

Twenty of the 24 new cases reported on Monday came from Indonesia, Taiwan said.

A total of 103 people are either in isolation or being treated in hospital for the disease in Taiwan at present.

From next month, Taiwan will stiffen entry requirements for all arrivals, requiring proof of negative tests from almost all of them, including Taiwanese nationals who previously did not have to furnish such evidence.