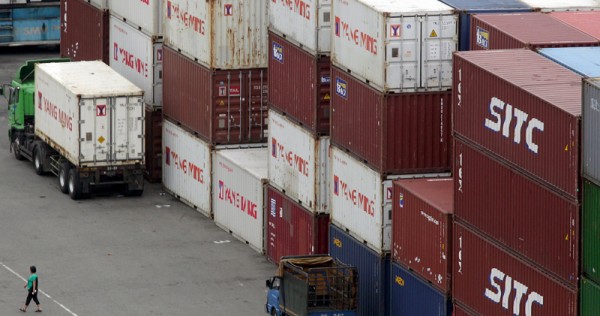 Taiwan has been stockpiling critical supplies to prepare for a possible mainland Chinese blockade or if a conflict breaks out, according to a senior official from the self-ruled island.

But Chen Chern-chyi, deputy economy minister, said it would be unrealistic to decouple trade from mainland China because of the growing military threats from the People’s Liberation Army (PLA).

Chen told reporters in Taipei on Wednesday (Oct 5) there was a need for the island to keep reasonable stores of important supplies.

“With respect to a possible military conflict, we have made preparations for food and for energy and critical supplies, including manufacturing supplies. We have a system – we do an inventory every month,” Chen said.

“We want to ensure that we have a certain period’s worth stockpiled in Taiwan, including food, including critical supplies, minerals, chemicals and energy of course.”

Beijing, which claims sovereignty over Taiwan, has suspended official exchanges and staged war games near the island as part of a pressure campaign since President Tsai Ing-wen took office in 2016 and refused to accept the one-China principle.

In August, the PLA held unprecedented live-fire drills around Taiwan and fired ballistic missiles over the island after US House Speaker Nancy Pelosi visited Taipei.

Beijing saw the trip as a violation of its sovereignty and a breach of Washington’s one-China policy.

Like most countries, US does not recognise Taiwan as an independent state but is opposed to any attempt to take the island by force – something Beijing has not ruled out.

Chen said Taiwan’s energy mix was made up of liquefied natural gas, coal, nuclear power and renewables, and that the government was trying to scale up the latter.

“We remain very comfortable with respect to these possible energy security issues,” he said.

The deputy minister said that while stockpiling of key supplies had slowed in the past two years because of the Covid-19 pandemic, it had picked up again in recent months.

He did not indicate how big those reserves would need to be for Taiwan to survive a blockade or attack from Beijing.

On whether the island needed to decouple from its heavy trade reliance on mainland China, Chen said it was unrealistic to do so.

“With those facts, I don’t see, frankly, in the near term we can completely decouple from China. That’s not realistic.”

Chen said Taiwan was a free-market economy that respected commercial decisions. “So we will continue to see our companies working with their Chinese counterparts for business activities,” he said.

But he said that to protect the island’s economic security, restrictions had been placed on investments in hi-tech and other critical industries in the mainland, and export controls imposed on products like semiconductors.

For decades, mainland China has been the island’s biggest market with more than 40 per cent of Taiwan’s total exports going there annually.