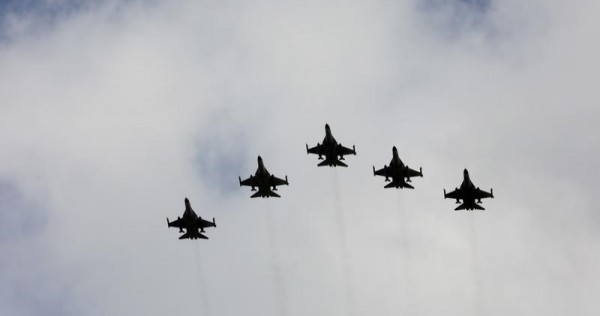 TAIPEI – Taiwan’s air force has grounded its F-16 fleet after losing a plane on a training mission, President Tsai Ing-wen said on Wednesday (Nov 18), the second loss of a fighter jet in less than a month at a time of increased missions to intercept Chinese aircraft.

While Taiwan’s air force is well trained and well equipped, mostly with US-made equipment, it is dwarfed by China’s.

Beijing claims the democratic island as its own and has never renounced the use of force to bring it under Chinese control.

Last month, Taiwan’s defence minister said nearly US$900 million (S$1.2 billion) had been spent this year on scrambling the air force against Chinese incursions, describing the pressure they are facing as “great”.

Late Tuesday, Taiwan’s air force said a US-built F-16 vanished shortly after taking off from the Hualien air base on the east coast on a routine training mission.

That followed the crash of an F-5 – a jet which first entered service in Taiwan in the 1970s – in late October.

“I have asked the defence ministry not to relax a bit on defence and combat readiness to ensure national security,” she added.

The defence ministry called on media not to speculate on what happened to the F-16, adding that missions needed to continue considering the ongoing threat from China.

“In response to the increasingly severe situation in the Taiwan Strait, the military has continued to strengthen combat readiness training to ensure national security,” it said.

The loss of the F-16 is Taiwan’s fourth military crash this year.

In January, Taiwan’s top military official was among eight people killed after a helicopter carrying them to visit soldiers crashed in a mountainous area near the capital Taipei.

The United States last year approved an US$8 billion (S$ 11 billion) sale of F-16 fighter jets to Taiwan, a deal that would take the island’s F-16 fleet to more than 200 jets, the largest in Asia.