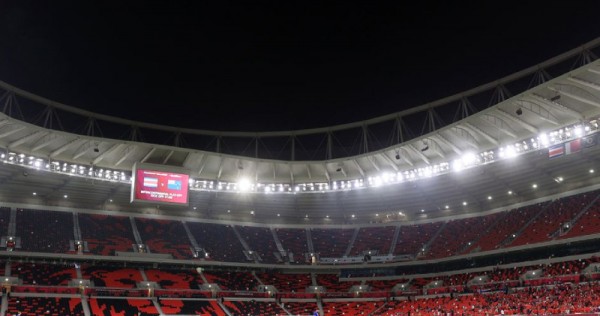 TAIPEI – Taiwan’s Foreign Ministry condemned organisers of the World Cup in Qatar on Wednesday (June 15) for saying Taiwanese fans may be listed as being from China, and demanded organisers not allow “improper political factors” to interfere in sporting events.

The issue is extremely sensitive for democratically-governed Taiwan, which bristles at China’s claims of sovereignty over it, and particularly its giant neighbour’s efforts to claim people from Taiwan as being from China.

All World Cup ticketholders must apply for the Hayya card used to identify fans, which also serves as their entry visa for Qatar.

On Tuesday, a drop-down menu of nationalities on the application system had no listing at all for Taiwan, and a senior Qatari official said Taiwanese were likely to be listed as being from China on the card.

By Wednesday, the online system was listing “Taiwan, Province of China”, terminology that equally angers Taiwan’s government and many of its people, though it did also include a Taiwanese flag, a symbol anathema to China’s government.

Taiwan Foreign Ministry spokeswoman Joanne Ou said it was “unacceptable to belittle our country” and they were looking for organisers to make an “immediate correction of their ways”.

“The Foreign Ministry again calls on the organisers of the World Cup to not allow improper political factors to interfere with simple sports activities and tarnish sporting venues that value fair competition and emphasise the spirit of the athletes,” she added.

Organisers should let sports be sports and give fans around the world “a clean World Cup football event”.

There was no immediate response to the comments from World Cup organisers. The Qatar government’s communication office was not immediately responding to request for comment.

Taiwan competes at most international sporting events, like the Olympics, as “Chinese Taipei” to avoid political problems with Beijing.

It has never played at the World Cup finals and crashed out in the second round of Asian qualifying for the 2022 tournament last year after losing all eight matches.

Taiwan has no diplomatic relations with Qatar, which, like most countries, only recognises China’s government.

China, seeking to assert its sovereignty claims, has been stepping up pressure for countries and foreign companies to refer to Taiwan as part of China in official documents and on websites, often using the wording “Taiwan, Province of China”, or “Taiwan, China”.

When asked about the complaints made to the Qatar World Cup organisers by Taiwan officials, Chinese foreign ministry spokesman Wang Wenbin said he wished to reiterate that “Taiwan is part of China”.

“Maintaining the one China principle is a basic norm of international relations and is the widely held consensus of the international community,” Wang told reporters at a regular briefing in Beijing on Wednesday.