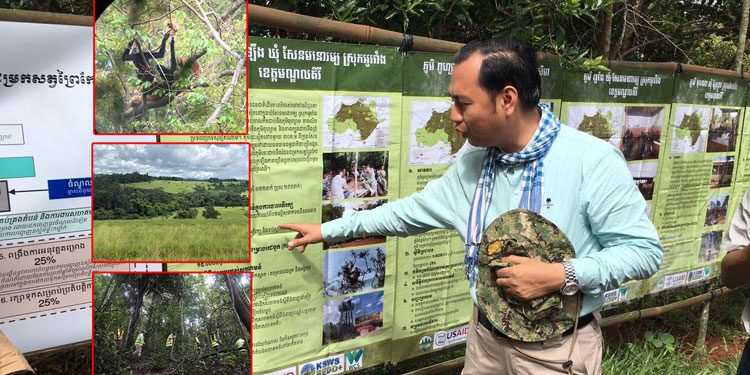 0
SHARES
7
VIEWS
Share on FacebookShare on Twitter
The leaders of Cambodia, Laos and Vietnam approved a tourism development plan this week, the Cambodia, Laos, Vietnam (CLV) Development Triangle Area 2020-2025, vision for 2030, at the 11th CLV virtual summit, according to the Ministry of Tourism.

The plan is a regional strategic document that links the development of tourism in 13 provinces across the triangle area. Those include the Cambodian provinces of Kratie, Stung Treng, Ratanakiri and Mondulkiri, four provinces in Laos and five in Vietnam.

In a speech to the summit, Prime Minister Hun Sen said that the Royal Government has invested more than $3 billion to develop the country’s four provinces in the Development Triangle Area (DTA). Mr Hun Sen underlined that to achieve the goals the master and action plans set out to transform the tourism sector into a truly developed area, the Royal Government of Cambodia invested $3.146 billion through   October 2020 on 86 projects, of which 66 are in the fields of agriculture and agro-industry. This spending resulted in the creation of more than 120,000 jobs.

The CLVDTA is an integrated area for the sustainable development of responsible tourism destinations, designed to improve the quality of services in eco, agro, community-based, adventure and heritage tourism in order to contribute to improving the lives of people in the three neighbouring countries.

Tourism Ministry Secretary of State Top Sopheak said: “It is important to keep strong ties with Laos and Vietnam in terms of future tourism plans. We need to keep strong diplomatic and economic solidarity on every level. Working together we can help improve agro-tourism, community-based tourism and eco-tourism. It will improve peoples’ lives in all three countries by providing jobs in this sector.” The CLVDTA was established in 1999 and initially included Kon Tum, Gia Lai, Dak Lak, and Dak Nong provinces in Vietnam, Sekong, Attapeu and Saravan provinces in Laos and Stung Treng, Ratanakiri and Mondulkiri provinces in Cambodia. In 2009, the three countries agreed to add Vietnam’s
Binh Phuoc province, Cambodia’s Kratie province and Laos’ Champasak province to the area.

During the summit, the CLV leaders also expressed their firm commitment to strengthen the CLVDTA to accelerate economic growth, alleviate poverty and promote socio-cultural progress by capitalising on each member country’s potentials, strengths, and resources.

The leaders recognised that COVID-19 has brought forth extensive public health and socio-economic disruptions, for which comprehensive and enhanced cooperation between the three nations is crucial and needs to be further strengthened based on traditional relations, solidarity, understanding, trust, mutual benefits and sustainable developments.

The leaders took positive note of the work of the CLV joint coordination committees in implementing the Revised Master Plan for Socio-Economic Development of the CLVDTA for 2010-2020.

They further encouraged close and effective collaboration among the CLV countries in advancing cooperation in areas such as trade and investment, tourism, religion, agriculture, information communication technology, education, research, skills development, defence, as well as cooperative relations between CLV national legislative assemblies and those between sub-national authorities.

This article was first published in Khmer Times. All contents and images are copyright to their respective owners and sources.
Tags: CambodiaHun SenMondulkiriStung Trengtourism development plan
Previous Post