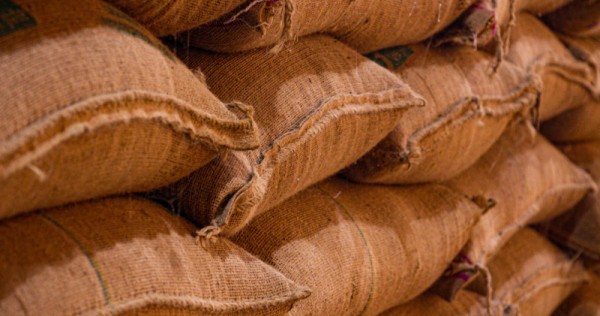 An Indian writer recently shared to Twitter a hilarious story about his brother-in-law who accidentally ordered a truckload of rice last Thursday.

Shiv Ramdas explained in a lengthy Twitter thread that his brother-in-law (referred to as BIL) was tired of being asked to get rice every day and decided to order in bulk.

OMG my brother in law, the gift that never stops giving, was tired of being sent to get rice every day so he decided buy in bulk, talked to the shop about it, wires got crossed, now there is a literal TRUCK FILLED WITH RICE outside the house and my sister is losing her shit lmfao

The “clever” solution backfired, however, as a lorry showed up the next day loaded with several tons of rice.

As expected, BIL’s wife, Ramdas’ sister, was not amused, and thus began a lengthy back-and-forth negotiation between BIL and the lorry driver.

Initial attempts to ask the lorry driver to send the whole batch back was done in vain, and both could not reach the warehouse owner to settle the issue.

As the negotiations went on, BIL shared a cigarette with the lorry driver to the horror of his wife, who had been informed that BIL had quit smoking.

Key Update: Cigarettes were in fact a huge strategic blunder because BIL apparently assured sis that he's definitely finally quit smoking on Sunday and in no way shape or form was supposed to have packs of cigs just there in pocket ready to be used as negotiating aid.

Soon after, they managed to contact someone called Manu who would take care of the issue.

Manu was called and asked for both sides of the story, listening patiently throughout.

However, it wasn’t enough to settle the issue properly, so Manu announced that he would head over to the house to settle the problem in person.

According to Ramdas, upon Manu’s arrival, negotiations began again, and this time, BIL said “he can do 10 bags, but does Manu want a bottle of scotch thrown in.”

After much discussion, Ramdas revealed to his 38.5k Twitter followers that Manu agreed to 23 bags of rice, a bottle of Old Monk, and a bottle of scotch for the lorry driver.

The story garnered enthusiastic responses from Twitter users, with one commenting that though she had been undergoing chemotherapy, she laughed when she read the story.

One type of chemo I get requires my nurse to sit face to face with me and slowly inject it to my port. I read the story to her while we did that, we were both cracking up. 🤣😂

We’ve got the attention of all around. This is the most fun I’ve ever had killing cancer! pic.twitter.com/jVy5IIRgUA

Another asked just how big the truck was, to which another helpfully attached a photo of the actual size of a lorry.

This is what a truck/lorry filled with rice looks like in India pic.twitter.com/psHQefVkhM

Pchum Ben, Cambodia Buddhist Festival : A drop in sales and a rise in prices