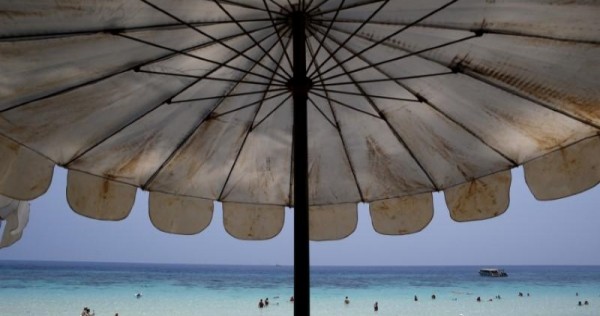 Prasong Suanchai would usually be gearing up for the high season, waiting for tourists from across the globe to flock to Thailand’s most popular holiday island. This year, the Phuket boat operator has had to resort to old ways.

“For generations, the men in my family have been fishermen,” says the 34-year-old. “I was fishing since a young boy, but it was getting hard. There were less fish and less money for what we caught. It was difficult to provide for my family.” Nevertheless, he is again fishing for a living.

In 2008, Suanchai started to operate snorkelling and island- and beach-hopping cruises. His charisma and self-taught language skills earned him a good reputation and his business expanded from one boat to six, employing 24 crew.

However, as the coronavirus closed down the world and its economies, Phuket found itself in peril. Suanchai suspended operations in April. “Even when the island came out of lockdown and locals started visiting, it was not worth me starting again,” he says. “I knew I could not make enough money.”

Nevertheless, Suanchai counts himself as being among the lucky ones. He talks of many friends – cleaners, cooks, drivers, service staff, hustlers, owners of small restaurants, and other boat operators – who returned to their home provinces ahead of the island being cut off during Thailand’s strict lockdown, which ran from April 1 to July 1.

“They have no job to go home to,” says Suanchai. “They were here to make money to support the grandparents, parents and siblings

“We have to make sure we’re seen to be the right fit for Thai travellers and expats,” says Edman. “Make sure we’ve got the best local food, for example. It’s very different when you’re catering to European or Australian tastes than to the experts, the Thais. This has been a time for regrouping and understanding that genuine authentic experience.”

Despite the domestic drive, though, hotel occupancy rates have averaged 7 or 8 per cent. According to research from consulting group C9 Hotelworks, within the hotel industry alone, 50,000 jobs are on the line as most of the island’s 86,000 rooms remain empty.

“Realistically, it will remain a challenge to achieve half the occupancy experienced in 2019 without international borders reopening fully,” says Brett Wilson, general manager of Pullman Phuket Arcadia.

Last month, however, it seemed as though Phuket was being thrown a lifeline. Under cautious measures to open up the country, the government announced the island would soon start welcoming visitors taking advantage of the special tourist visa (STV) scheme.

Visitors from countries that were seen to have curbed the spread of the coronavirus would have been allowed to spend between 90 and 270 days in Thailand.

An initial 14-day quarantine would have to be spent at a designated hotel in Phuket. After quarantine, visitors would be tested and, if negative, could travel elsewhere in Thailand.

A full list of approved countries had yet to be confirmed but the first batch of STV visitors, from Guangzhou, China, were slated to land in Phuket on October 8. However, the flight and scheme were postponed just days before departure amid growing concern among Thais that the arrivals could spark an outbreak. The postponement of the scheme will be reviewed on Oct 25.

Thailand has done well in managing the pandemic – to date, just 3,622 cases and 59 deaths have been recorded in a population of more than 69 million – and nationals are hesitant about welcoming international tourists.

A recent survey by the National Institute of Development Administration revealed that 57 per cent of those quizzed oppose the STV scheme.

“We need the money but we don’t know if it’s safe,” says Sukhon Wongsutho, who has worked as a cleaner in guest houses in the popular Phuket tourism hub of Patong for five years. The 28-year-old, the main breadwinner for her parents and five siblings, returned to her home province of Udan Thani, in northeast Thailand, in late March.

“My family has a small plot of land so we can grow some rice and vegetables, but it is not easy,” she says. “We don’t have a proper salary. I need the work, but when foreigners start coming to Phuket, my family don’t want me to go back yet.”

Despite the fears, optimism remains that once borders reopen, Phuket will have the strength to recover. “Our industry has always been resilient and bounced back from many crises before,” says Wilson.

Suanchai, too, has high hopes for the return of tourists to Phuket.

“I closed my business and so have many of my friends. When we can, we will try to reopen and start rebuilding again. The big problem is we don’t know when that will be and if we can survive until then.”