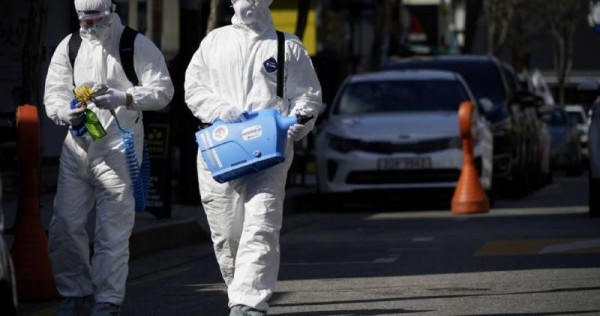 South Korea on Tuesday shut down all religious gatherings in Seoul after the latest cluster linked to a church stirred memories of the country’s initial outbreak earlier this year. Nightclubs, karaoke rooms, buffet restaurants, computer gaming cafes and other “high-risk” facilities will also be shut.

There were 246 new cases confirmed on Tuesday, including 235 local transmissions and 11 imported cases, bringing its total caseload to 15,761, the Korea Centres for Disease Control and Prevention (KCDC) said.

“This is our last ditch for defence against the virus. If we fail to stop it this time, we would be left with no further ammunition,” Prime Minister Chung Sye-kyun said, urging residents to observe social distancing.

Of the 235 locally transmitted cases, 138 were traced to the Sarang Jeil church in northern Seoul, where pastor Jeon Kwang-hoon, his wife and his assistant all tested positive on Monday despite Jeon’s insistence that “the fire of the holy spirit” would protect his followers.

Infections linked to the church have increased to 457, reminiscent of the outbreak involving the secretive Shincheonji church , which accounted for most of South Korea’s cases in February and March.

“The size of infections in the Seoul metropolitan area, especially the cluster at the Sarang Jeil church, is quite alarming,” said KCDC deputy head Kwon Jun-wook. “We are possibly facing a greater crisis than the Shincheonji outbreak.”

The latest infections are believed to be the so-called GH genetic strain, which is more infectious than earlier Shincheonji-linked cases, health authorities said.

South Korea appeared to have succeeded in flattening the curve of infections, having avoided serious lockdowns by instead implementing aggressive testing and tracing. However, infections have surged in recent weeks, and South Korea has now reported more than 100 new infections five days in a row.

Jeon has become a target of public outrage after his criticism of the government and his dismissive attitude towards the threat posed by the virus.

He has sought to blame North Korea for the “virus terror” against his church, where both the conservative pastor and his followers have been vocal critics of President Moon Jae-in .

Ignoring social distancing advice, Jeon urged followers to join a massive anti-government rally on the weekend. At least 10 followers who have tested positive attended the event, prompting health authorities to urge thousands to get tested.

Health authorities said they have carried out tests on 2,500 church members and were tracking the whereabouts of about 800 members. Some 15 per cent of the church members tested were confirmed to have been infected with the virus.

Jeon Kwang Hoon, the president of the Christian Council of Korea, tests positive for COVID19 and seen with his mask down https://t.co/DMbBh0zFxs

After Jeon was taken to a specialised Covid-19 hospital, he was seen talking loudly over the phone with a mask lowered well below his mouth, potentially exposing paramedics in the ambulance to infection.

“Don’t treat them with tax money. Let them die,” one angry internet user wrote on a news portal.

The National Council of churches in Korea, an umbrella group of Christian churches, issued a public apology, admitting churches were at the centre of the recent outbreak.

“Mr Jeon, who continues with extremist political actions and indulges in anti-life behaviour and sophism must be punished by justice,” it said.

A Covid-19 vaccine may be developed, but will people use it?