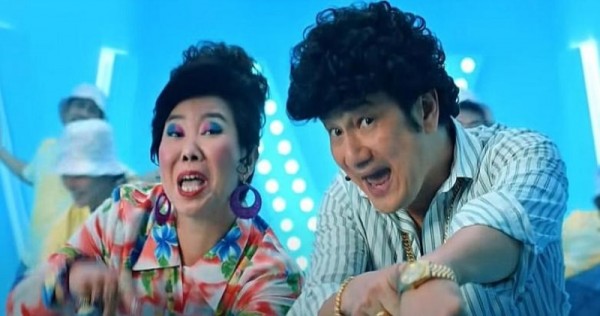 A local music video featuring Gurmit Singh as Phua Chu Kang (PCK) encouraging Singaporeans to get vaccinated has caught the attention of international audiences, with CNN International highlighting it recently.

The news channel’s presenter Julia Chatterley brought up the viral music video during an interview on a CNN live show aired on May 27 with Singapore’s Foreign Minister Vivian Balakrishnan as an example of how Singapore was using pop songs to encourage its citizens to get vaccinated.

She said that she enjoyed watching the video and “absolutely loved it”.

In response, a smiling Dr Balakrishnan responded: “It is corny but effective. It certainly got the attention of people and got the message out there.”

He later added: “It is a way of getting people’s attention, explaining it in a humorous way. And yet, a very serious message. That this is lifesaving, and this is the way we need to get out of this box that Covid-19 has trapped us in for the last 1½ years.”

Dr Balakrishnan shared the interview in a Facebook post on Monday, saying he had discussed Singapore’s Covid-19 strategy, prospects for international travel and global developments in the CNN interview.

The duo sing a catchy rap in their inimitable Singlish style, encouraging Singaporeans to “faster go and vaccinate”, while addressing common concerns like whether the vaccine is safe for those with common ailments.

Released by Gov.sg last month, the video follows the success of a similar PCK music video that was made during the Sars epidemic in 2003.

Twitter users from countries such as America, Canada and Australia have also expressed their approval of the video, calling for their own governments to start similar campaigns as well.

Ms Ang had also taken to Instagram to share her reaction on the international coverage the video had received.

“It is so surreal seeing myself and Gurmit on CNN reports, among many international media,” she said.

As of today, the video has garnered over 1.4 million views on YouTube.

This article was first published in The New Paper. Permission required for reproduction.