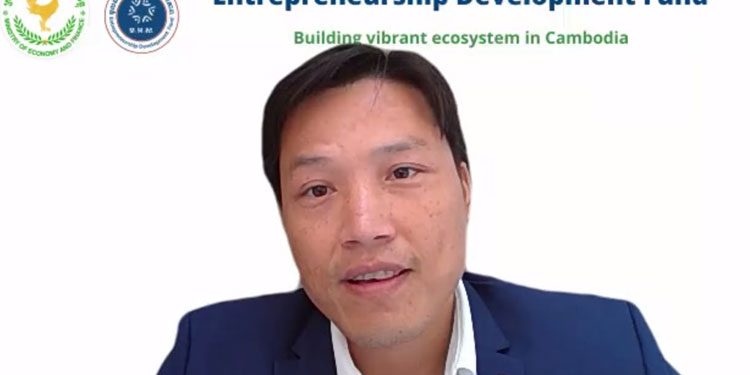 With the tourism economy in crisis as Siem Reap International Airport reported that it had exactly two international tourist arrivals in the first quarter, a top official from the Ministry of Economy and Finance said he anticipates borders to open soon – bringing much-needed support to a beleaguered business community struggling with challenges beyond their control.

Chea Kok Hong, deputy director general of the General Department of Policy at the Ministry of Economy and Finance (MEF), made the comment at a virtual workshop benefiting its Entrepreneurship Development Fund (EDF) and Siem Reap’s Young Entrepreneurs Association.

“As more of the local [and] global population gets vaccinated and as the levels of infections and deaths from Covid-19 decline, we can expect borders to open again and for trade and commerce to resume,” said Hong, who is also EDF Secretariat director.

The workshop, titled “What’s Next? Key Challenges and Opportunities Amidst Crisis for SMEs [small and medium-sized enterprises] in Siem Reap”, saw 100 people participate, including those from the Siem Reap Chamber of Commerce, Cambodian Women’s Association, Cambodia Association of Travel Agents and non-profit organisations including JCI Cambodia and PEPY Empowering Youth.

SMEs were encouraged to diversify their business plans so that they can remain resilient during the pandemic and are better-prepared to take advantage of opportunities once industries return to normal.

Representatives from Domino’s Cambodia, GGEAR, Sabay Digital, Cambodia Tourist Association and the Mong Rithy Group spoke to attendees and weighed in on how local entrepreneurs can avail government financial support during the pandemic.

Businesses in Siem Reap have faced significant challenges during the pandemic with hundreds of businesses closing either temporarily or permanently.

Ongoing infrastructure projects, including the construction of 38 roads near the city have posed additional challenges with many business owners complaining that their businesses have been severely affected.

“Cambodia’s recovery from the economic effects of the Covid-19 pandemic should be a top priority for the government and private sector groups,” added Hong.

Rachel Mendoza, the owner of two defunct pubs in the city, said that her business “had no hope in surviving” after missing nearly two successive tourist seasons.

“I’m not planning on starting another venture, no matter how cheap prices are until it becomes clearer what the re-opening play is going to be. The last year has been hell. Our main customers were backpackers with the occasional regular but with the roads torn up and the borders closed, it just became harder and harder to justify staying open,” Mendoza told Khmer Times.