Russia says if Ukrainian forces in Mariupol lay down arms, their lives will be spared 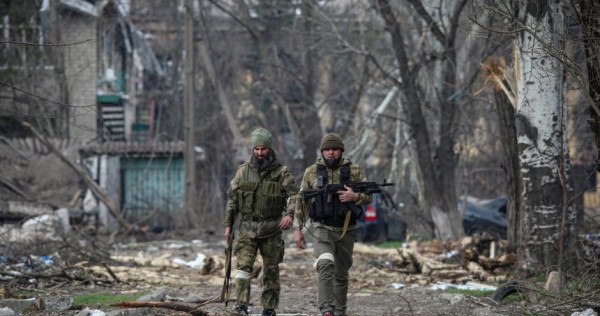 MOSCOW – Russia’s defence ministry said that if Ukrainian forces still fighting in Mariupol lay down their arms starting at 6am Moscow time on Sunday (April 17), their lives will be spared, Tass news agency said.

Russia said earlier that it had cleared all urban areas of resistance in Mariupol.

It said the remaining fighters in the besieged port city – who it says are both Ukrainian and foreign – are blockaded in the Azovstal steelworks.

Tass quoted Colonel-General Mikhail Mizintsev, director of the Russian National Centre for Defence Management, as saying Moscow’s offer was prompted by “the catastrophic situation” in the plant as well as “purely humane principles”.

He added: “We guarantee that the lives of all those who lay down their arms will be spared.”

Under the terms of the proposed deal, the remaining defenders in the plant would leave between 6am and 1pm Moscow time, without weapons or ammunition.

There was no immediate reaction from Kyiv to the offer.

The Neptune: The missiles that struck Russia’s flagship, the Moskva