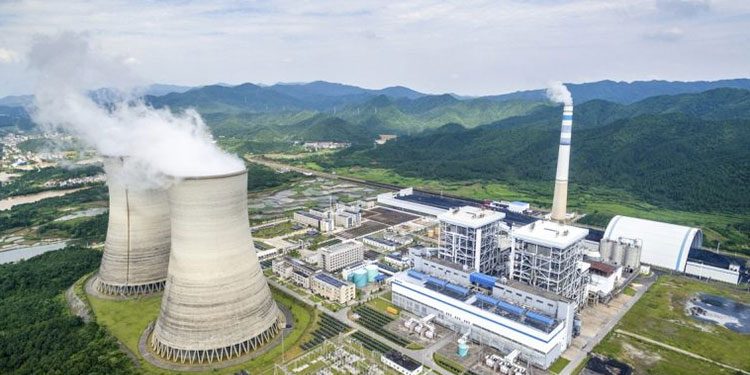 According to the announcement issued by the two companies, the construction period of the project is 36 months for the first unit and 48 months for the second unit.

The power station project will be divided into two phases, with two 350 mW generators with installed capacity. The first generator is expected to be put into operation in 2023, and the second generator will generate electricity in 2024, with an operating period of 35 years.

A megawatt is a unit for measuring power and represents 1 million watts which is equivalent to the energy produced by 10 automobile engines or 330 average homes for one hour.

On August 6 this year, Prime Minister Hun Sen issued a decree , deciding to lease 168.8 hectares of land in Kuo Kung Province National Park to the Royal Group for the development of a 700 mW coal-fired power plant project.

The land involved is located in Temoso Village and Zhenlongguo Village, Podongsago County, Kuo Kung Province, which was originally under the jurisdiction of Podongsago National Park.

On July 28, all affected villagers in the coal-fired power plant project development zone accepted the compensation plan of the development company and agreed to relocate.

According to a report submitted by the Cambodian government to the National Assembly, on February 7 this year, the Ministry of Cabinet Affairs approved the Royal Group to build the coal-fired power plant with an estimated investment of $1.344 billion, of which 30 percent is the company’s investment capital and 70 percent is financed by the bank.

General Department of Energy director-general Victor Jona stated that the project will provide a stable base of electricity supply to all areas in need, such as housing, industry and other services.

“Cambodia generates most of its energy through coal-fired plants and hydropower dams, making up for around 36-40 per cent and 32 per cent of power production. The remainder, comes from solar power and imports from neighbouring countries,” he explained.

This is one of three coal plants Cambodia’s government has approved this year in response to severe power outages in 2019.

The country currently has the second-lowest electrification rate in Southeast Asia, according to the International Energy Agency.

Power supply rose by 28 percent in 2019 to 3,382 mW, according to an annual report from the Ministry of Mines and Energy.

To meet the high demand growth over the last few years, Cambodia imports between 460mW and 500mW of electricity annually from Thailand, Laos and Vietnam.

National Bank of Cambodia approves restructuring of loans until mid-2021

Coronavirus: China not the origin of the disease, top scientist says