Coronavirus: China not the origin of the disease, top scientist says 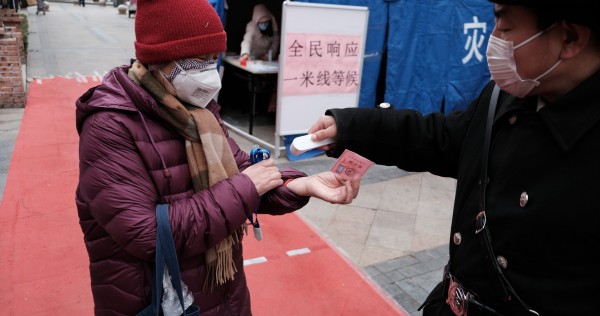 All available evidence indicates that the coronavirus, which has sickened more than 56 million people worldwide, may have first been identified in the central Chinese city of Wuhan but did not start there, according to one of the country’s leading scientists.

“Wuhan was where the coronavirus was first detected but it was not where it originated,” Zeng Guang, former chief epidemiologist of the Chinese Centre for Disease Control and Prevention (CDC), told an online academic conference on Thursday.

Zeng is the second senior Chinese epidemiologist who has weighed in on the controversial topic in recent weeks.

Wu Zunyou, the CDC’s present chief epidemiologist, made a similar suggestion last week, saying the pathogen could have come into the country in imports of frozen seafood or meat products.

The comments come as a team assembled by the World Health Organisation investigates the origins of the coronavirus. The mission, which started late last month, began with online meetings between Chinese scientists and the WHO team, and was expected to include on-the-ground investigations at a later stage.

Speaking at the conference organised by US publisher Cell Press and the Beijing Municipal Science and Technology Commission, Zeng said cited an Italian study that suggested that Sars-CoV-2, the official name of the coronavirus, was circulating among asymptomatic individuals in Italy months before it was reported in Wuhan in December 2019.

The study found that antibodies specific to Sars-CoV-2 were detected in blood samples collected in a lung cancer screening trial between September 2019 and March this year.

According to the peer-reviewed research, 11.6 per cent of the 959 healthy volunteers had developed coronavirus antibodies before February.

In Milan on Thursday, the Italian researchers said their study did not “dispute” the origins of coronavirus.

“These findings simply document that the epidemic in China was not detected in time,” said Giovanni Apolone, scientific director of National Cancer Institute and a co-author of the study.

At the online conference, Zeng said the coronavirus was first detected in Wuhan thanks to the establishment of a pneumonia monitoring system set up in the aftermath of the outbreak of severe acute respiratory syndrome, or Sars, 17 years ago.

“China has built a world-leading monitoring system to report unknown pneumonia since the outbreak of Sars in 2003. We always stay on high alert,” he said. “Thanks to this system, we are able to become the first in the world to identify Covid-19.”

China has said that the Italian study and the other similar research show that the origins of the virus are a complex scientific issue, and origin tracing is an ongoing process that may involve many countries.

“China will continue taking part in global scientific research in tracing the origin and transmission route of the virus, and work with the rest of the international community to contribute to global co-operation on fighting Covid-19 and other viruses,” Chinese foreign ministry spokesman Zhao Lijian said on Tuesday.