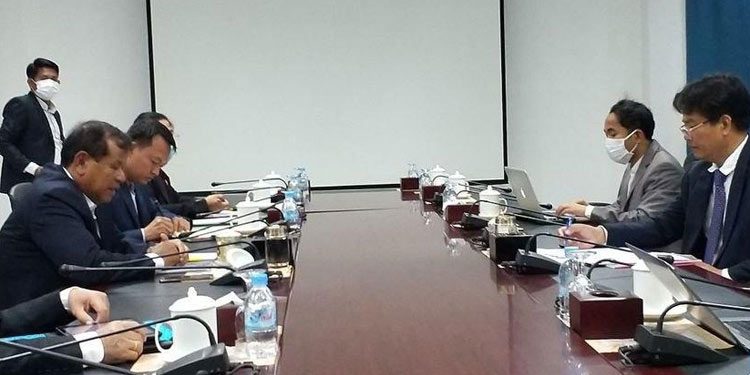 The Royal Academy of Cambodia (RAC) and Ministry of Tourism have agreed to team up to boost tourism in the Kingdom. Both institutions will soon sign a memorandum of understanding (MoU) to that effect.

In a meeting led by Tourism Minister Thong Khon and RAC’s President Sok Touch, both institutions will prepare a training course on tourism based on Asean and international standards. It will be conducted at the Royal Academy of Cambodia in the Russian Federation Boulevard, Sangkat Kakab, Khan Porsenchey, Phnom Penh. The course will start when COVID-19 ends.

The organisations also agreed to build the China Ready Center (CRC) in the Royal Academy. In addition to this, both institutions will set up research study, training and actual implementation of the tourism sector.

Cambodia has established the CRC to cater to roughly 2 million Chinese tourists expected to visit the country every year by 2020, as well as to improve the skills of local tourist operators working with Chinese clients.

According to Sok Touch, the RAC has to manage and expand research on science in all sectors and collaborate with the research

He said the RAC will host science forums for all sectors, provide input to contribute to the development of the country, provide training to develop human resources, collect, gather, and publish new discoveries, preserve and develop Khmer language and literature sustainably as well as preserve

According to a ministry report, there were 1.4 million domestic tourists in the first quarter of this year, a 34 percent decrease compared with the same period last year, while the arrival of foreign tourists also dropped by 38 percent to 1.15 million.

Chinese tourist numbers dropped by 62 percent to 259,732, while tourists from Vietnam, the United States and South Korea were also recorded as declining by 4 percent, 33 percent and 46 percent respectively over the same period.

Cambodia’s tourism industry has been hit by the COVID-19 outbreak since late last year and the country has introduced measures and work plans to restore the sector, especially in Siem Reap province, a major tourism destination.

“After COVID-19 ends within the next four or five months, the number of foreign visitors to Cambodia will increase twofold or threefold,” Tith Chantha, secretary of state at the Ministry of Tourism, said at a news conference.

Last year, Cambodia’s tourism sector grew 6.6 percent to 6.6 million foreign tourists, generating an income of $5 billion. However, it’s feared COVID-19 will reduce that figure this year by about 10 percent.