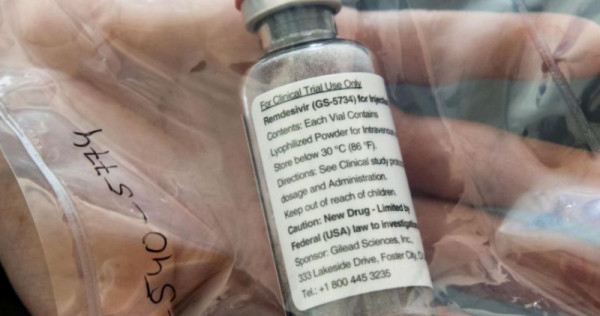 Ministry official Yasuyuki Sahara said in an e-mail on Thursday (May 14) that the US firm’s treatment has been distributed to hospitals in Japan since May 11 and is being used for patients in intensive care or those on ventilators.

Mr Sahara said the amount of remdesivir delivered by the drugmaker wasn’t public information, and that global supplies were “quite limited”.

California-based Gilead has pledged to donate the first 1.5 million doses of remdesivir. A company spokesperson said that a portion of that supply had been given to the Japanese government, without being more specific.

Japan has had about 16,000 infections and 687 deaths from the coronavirus outbreak, much lower than in many industrialised nations. The number of serious cases requiring ventilation was 259, according to the latest figures from the health ministry.

On May 7, Japan made remdesivir the first drug to be authorised in the country to treat Covid-19, reaching the decision just three days after Gilead filed for fast-track approval.

With no other approved treatments for Covid-19, interest in the drug is growing around the world. Administered by intravenous infusion, it was granted authorisation on May 1 by the US Food and Drug Administration for emergency use.

Gilead says the drug has improved outcomes for people suffering from the respiratory disease and has provided data suggesting that it works better when given in the early stages of infection.

A trial performed by the US Institutes of Health (NIH) showed that remdesivir drug cut hospital stays by 31 per cent compared with a placebo treatment, although it did not significantly improve survival.

Remdesivir, which previously failed as a treatment for Ebola, is designed to stop some viruses making copies of themselves inside infected cells.