Report about microfinance situation in Cambodia by LICADHO found many irregularities 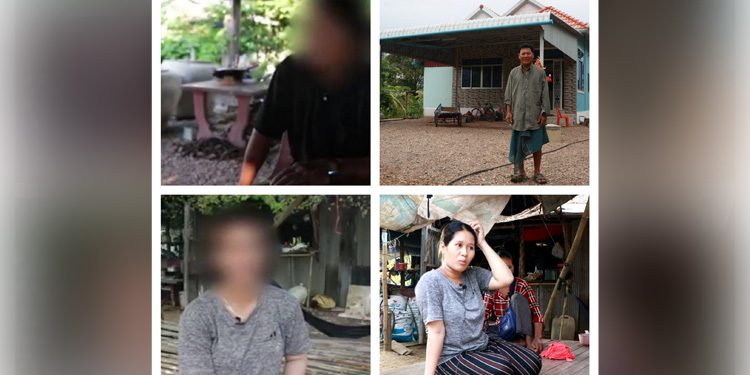 Cambodia Microfinance Association’s (CMA) verification of a human rights organisation video, heavily criticising the Microfinance Industry (MFI) for predatory lending practices, has verified that “the study has many irregularities”.

CMA concluded that what it found was far from what had been reported by the Cambodian League for the Promotion and Defense of Human Rights (LICADHO).

The retort comes after the organisation released a video in early May this year entitled “Driven Out: One Village’s Experience with MFIs and Cross-Border Migration” based on the interviews of 30 households in an undisclosed village in September 2019.

The study concluded, “overindebtedness to microfinance institutions was the primary motivating factor for migration in the village,” outlining that indebted families were forced to migrate their children or themselves (sometimes illegally) to Thailand.

This is so they could service their loans, as they were scared that their collateral (land titles) would be taken away if they missed payments.

However, in late May, CMA was able to locate the village (Kork Srok village, Srah Raing commune, Mongkul Borei district, Banteay Meanchey province) and interviewed its villagers and local authority to verify the study and found many irregularities.

CMA was able to provide documented evidence, that has been seen by Khmer Times, of two interviewees among the four featured in the four minutes and 21-seconds video that proves LICADHO had seriously misled or potentially faked the financial situations of the two interviewees, as well as clearly staging them to look more destitute than they actually were.

Based on the interview with CMA, Reth confirmed that he had never actually been a client of any MFI as is reported in the video.

While he also confirmed that his living conditions are much better than what LICADHO published.

Based on the interview with CMA, Chhum is in debt with 110,000 Thai Baht ($3,535) to two private lenders (loan sharks) and 20,000 Thai Baht ($642) with one registered MFI. However, the loan from the MFI is in actual fact a group loan which did not require any collateral as is reported in the video.

She also confirmed that her living conditions have improved as her income increased with migration jobs in Thailand.

Both villagers confirmed they were interviewed and videoed by the LICADHO team, and the information provided to CMA was verified by the village chief and MFI records.

“In addition to the irregularities, from CMA’s observation and interviews, villagers and local authority, all claimed that formal loan service from MFIs was crucial in improving everyday economic activities and livelihood of the people in the area which also contributed to community development. The claim is completely opposite from LICADHO’s report conclusions,” CMA said.

Khmer Times contacted the director of LICADHO, Ms Pilorge Naly to get her response to the serious evidence against the integrity of the organisation and was told “no comments from LICADHO”.

Ms Naly has written extensively for international publications on the importance of transparency and openness from local government and private companies.

LICADHO also lists several “gold donors” (who have provided $5,000 or more) on its website who have helped fund these reports, such as the Cambodian Embassy of Australia, Germany, United Kingdom and European Union. As well as Oxfam, The Asia Foundation, USAID and the World Food Program plus many others.

In addition to the CMA investigation, Cambodia’s largest commercial bank, ACLEDA Bank, has also called out LICADHO and two other human rights organisation for another anti-MFI report, this time focusing on borrowers in the garment industry.

This joint report released late last month by LICADHO, the Centre for Alliance of Labour
and Human Rights (CENTRAL) and Cambodian Alliance of Trade Unions (CATU) was titled, “Worked to Debt—Over-Indebtedness in Cambodia’s garment sector”.

The report in question stated that garment workers in Cambodia have been devastated by the economic impact of the COVID-19 pandemic.

Fuelled by years of chronically low pay in the sector forcing workers to rely on debt – most of which is provided by microfinance institutions (MFIs) and collateralised by borrowers’ land titles – to meet their basic needs.

ACLEDA Bank outlined that the three NGOs claim they are human right defenders, but in reality, these NGOs are trying to ban the right, dignity, and honour of the people. Especially their right to survive with freedom and personal security, which is stated under the Kingdom’s constitution.

The bank added, that the report is again not a comprehensive study and contains unprofessional research with no comprehensive information base and  that the organisations are not aware of the laws and regulations related to banking and finance, as well as, the internal principles of  commercial  banks.

Thus, their intension is to spoil and defame the good name of ACLEDA Bank, and other financial institution.

“We (ACLEDA) confirmed that we a legitimate institution which always abides by the laws of the Kingdom of Cambodia, as well as implementing international principles, especially for consumer protection.”

The bank’s statement added that the Credit Bureau of Cambodia (CBC) plays a crucial role to provide a clear level of debt for each individual borrower. While the bank and MFIs’ aim is never to confiscate a customers’ collateral.

“We ask the human right institutions to study more on the banking and finance sector as they are aligned with the laws and principle of consumer protection, we think about the efficiency and effective result and growth of the customers for long years.”

According to the CMA, since mid-2019, LICADHO has released several studies related to the microfinance sector by focusing on the very negative part which does not reflect the reality of the sector, and their studies were almost impossible to verify.

“Based on such practices together with our findings, CMA doubts the real motives and integrity of LICADHO and their studies on MFIs. In the light of COVID-19, especially, these studies have distracted MFIs who are very busy helping the Cambodian government to prevent and stop  the spread of the pandemic as well as protecting their clients.”

“In addition, these studies are also distracting the effort of MFIs in Cambodia in helping their affected clients through various means including assisting more than 220,000 clients with loan restructures valued over $1.1billion.”