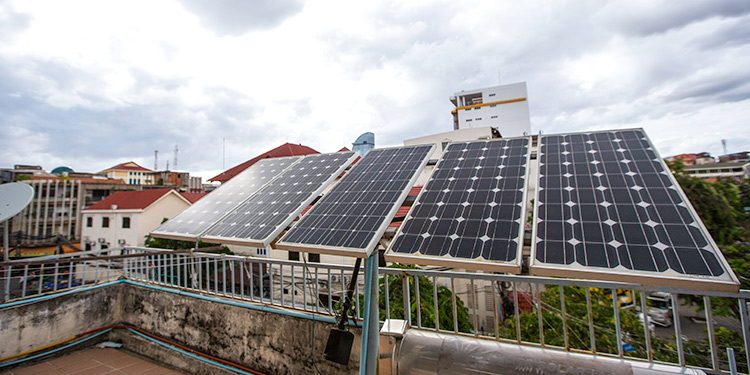 The power generated from renewable resources accounted for more than half of the electricty produced last year in Cambodia. The government predicts power consumption will increase  substantially by 2030.

Cambodia is among the leading countries in ASEAN producing a substantial percentage of  its power needs from renewable sources, said Victor Jona, director-general of energy at the Ministry of Mines and Energy. In 2020, Cambodia’s total domestic power generation capacity was 2,731 megawatts (mW).  It was produced from heavy-fuel fired power plants, biomass operations, solar photovoltaics (PV), coal-fired power and hydropower dams.

ASEAN agreed to set the renewable energy account at 25 percent of the total power consumption of each country by 2025. “We are leading in the ASEAN region by having more than 50 percent of our power generated from renewable energy,” Jona said yesterday. “We want power supplied from mixed power sources to ensure stable power supplies. If we increase power to the grid from solar PV, it would not be stable because the power peak at day time drops to zero peak at night time,” he said.

According to the master plan on power, the government was to boost energy development to meet a predicted power consumption of 10,000 mW by 2030 to cope with the country’s economic growth.

The projection has been revised to 7,000 mW to 8,000 mW because  power consumption dropped in 2020. The drop in foreign tourists, subsequent slowing of hotel and restaurant  operations, decline of purchase orders in the garment sector and  temporary shutdown of factories were factors in the lower power consumption master plan’s revision according to Jona.