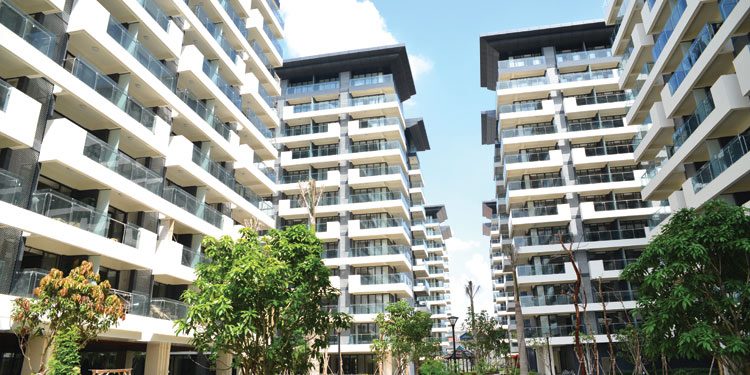 The inflow of foreign direct investment (FDI) into the real estate sector in Cambodia was estimated at more than $437.3 million in 2019, according to data from the just-issued National Bank of Cambodia’s (NBC) Annual Banking Supervision Report 2019.

Among the total inflow of FDI into the real estate sector, China had the largest investments in Cambodia. It contributed around 58.8 percent (more than $262 million) of total FDI, followed by Singapore (15.2 percent – $67.75 million), $53.5 million from the United States, $27.25 million from South Korea, $15.5 milion from Japan and $19.5 million from other countries.

The NBC report read that by the end of 2019, the growth of credit of banking and finances to the real estate sector were 37.9 percent and 13.9 percent respectively. The market share of the banking sector into real estate was 24.8 percent among a total loan portfolio of $25.1 billion.

It said that more than 97 percent of banks were offering credit to real estate while microfinance institutions shared only 3 percent.

Grace Rachny Fong, executive director of Century 21 Cambodia, told Khmer Times that the recent government measure to exempt the 4 percent stamp tax on all residential properties valued at less than $70,000 until January next year, would help buyers and sellers to support sales growth. Therefore the property market is strong.

“The majority of buyers purchased their homes to live in,” Grace said. She added that to

align with the National Bank of Cambodia’s loan-easing measures, some banks have agreed on deals with customers on repayments and they [banks] can find loyal customers during the COVID-19 crisis.

“Although the real estate market has been quiet recently, orders for, and purchases of, boreys are still there. Moreover, affordable condominiums saw a rise in prices as well over the past eight months,” Grace said.

According to the Ministry of Land Management, Urban Planning and Construction, the first two months of 2020 maintained strong growth in approved investments for construction, with the total value of approvals reaching almost $2 billion across 728 public and private projects, indicating a growth of 47 percent compared with the same period in 2019.

This is likely to have slowed considerably in March 2020 as international investors are stymied by the ongoing issues caused by the virus, as well as its fallout on the finance and banking industries, as well as the global, regional and local economies.

Although the real estate market has been quiet recently, orders for, and purchases of, boreys are still there.