‘Rape-slay’ case of Philippine flight attendant falls apart: Men she partied with say they are gay 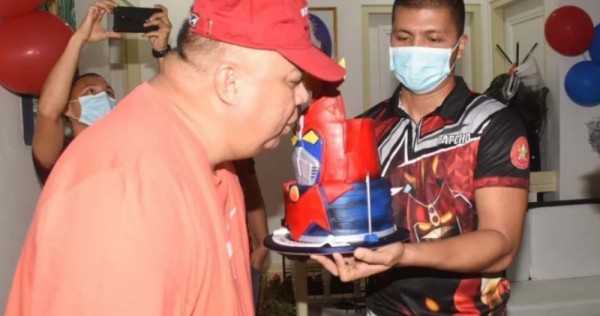 The botched investigation into the death of a Filipino flight attendant during a New Year’s Eve party has sparked accusations of police incompetence in a case that has gripped public attention, fuelling outrage against a force that has become notorious under the government of President Rodrigo Duterte for summarily arresting and in some cases shooting to death people who have been implicated in crimes without being properly investigated.

The Makati City police in Metro Manila investigating the case at first announced that the victim, Christine Dacera, 23, had been drugged, raped and murdered by her companions as they partied overnight at the City Garden Hotel, violating Covid-19 quarantine restrictions.

The crime was considered so heinous that Manny Pacquiao, the former world champion boxer who is now a Philippine senator, offered a reward of 500,000 Philippine pesos (S$13,000) to anyone who caught the suspects. A congressman, Eric Yap, chipped in with his own bounty of 100,000 pesos.

Dacera, who had been celebrating with at least 12 men was brought to a hospital on New Year’s Day by three of her friends, who said they had found her lying unconscious in a hotel bathtub. She was later pronounced dead.

On Jan 4, the Philippine National Police issued a statement announcing that they had solved what they termed a “rape-slay” and had arrested three of the 12 men.

The following day, Philippine National Police director general Debold Sinas summoned the remaining nine men, who he termed “suspects”, to “surrender within 72 hours or we will hunt you down using force if necessary”.

“We know who you are”, he warned the men. “Your families must turn you over to the police. Those found to be abetting your escape will also be arrested.”

Sinas made the crude threat despite the lack of an arrest warrant and without awaiting the results of a formal investigation.

But it turned out that the police had no evidence of any crime. Results of the autopsy conducted on Jan 2 showed that Dacera had probably died of an aortic aneurysm – a massive internal rupture of the heart that may have been caused by high blood pressure.

The finding was conditional, however, because the autopsy was performed on a body that had already been embalmed, was presumably washed, and had the organs and bodily fluids removed and embalming fluid injected.

The same day, the Makati prosecutor’s office ordered the three detained men to be released because of lack of evidence, subject to further investigation.

The men told the media after their release that they had gone to the police on their own to give statements about what had happened at the New Year’s Eve party when they were suddenly arrested.

One of the accused also told reporters that he and all the men who were with Dacera that night were gay and could not have raped her, to which Makati Police Chief Harold Depositar, reacting to a reporter who relayed this information to him, replied, “They’re still men; they have instincts especially if under the influence of intoxicating alcohol, and in the presence of drugs all the more.”

Ricardo Diaz, a retired National Capital Region director of the National Bureau of Investigation (NBI), told This Week in Asia that the sloppiness of the police work was disturbing because it showed that the police under Sinas had no regard for proper investigative techniques and no respect for human rights.

Diaz said police aren’t supposed to use the word “suspects” – as Sinas had in the case – lightly.

“We call them ‘subjects’ because if you call them ‘suspects’ it presupposes that you have evidence,” he said, calling Sinas’ warnings to the 12 men and their families “worrisome at the least and frightening at the most for our country”.

“It can be presumed from the way [Sinas] made pronouncements in the Dacera case that he will do the same in other cases – like calling persons under investigation to surrender and giving them ultimatums, like announcing beforehand that Dacera was a victim of rape and homicide without waiting for the result of the investigation,” Diaz said.

In a television interview with ANC News, Raquel Fortun, the chairwoman of the department of pathology of the University of the Philippines College of Medicine and one of the country’s top forensic experts, said the autopsy report was “incomplete”.

Police revealed they had autopsied the body only after it was embalmed and had not conducted any toxicology tests to look for drugs.

“The case was poorly investigated, which unfortunately is typical in the Philippines,” Fortun told This Week in Asia . “We really do not have a death investigation system in place.”

The premature “rape-slay” statement by the Philippine National Police made national headlines and caused an uproar on social media. As new facts in the case emerged, those who had rushed to condemn the supposed suspects had to backtrack and apologise.

Among them was the popular singer Frankie Pangilinan, who wrote on Twitter: “I should have waited knowing how the authorities function nowadays. It‘s sick and sad. I’m really really sorry.

“I got caught up in the outrage, I promise I’ll do better. I’ve deleted all of the misleading tweets,” she said.

Investigators revealed that Dacera had booked the room for herself and four friends, and that at least eight other men had taken an adjoining room and joined the party. The tourism department said it was investigating the hotel for violations of quarantine restrictions.

Despite the revelations, Dacera’s mother maintains her daughter was raped, or at least drugged.

In a statement, Sinas said the PNP was still investigating the case.

On Monday, the National Bureau of Investigation said that “80 per cent” of evidence found by its forensics team at the hotel showed “encouraging leads” to a possible crime. A second autopsy is also being conducted.

Sinas – who himself was caught flagrantly violating quarantine restrictions last year while celebrating his birthday – has also ordered an inquiry into how his officers had investigated the case.

Diaz, the former NBI director, warned of the implications of sloppy police work in such cases, pointing out how the same carelessness and disregard for human rights characterises police handling of cases carried out under the Duterte government’s campaign against alleged communist rebels.

Critics have noted how the government “red tags” critics – claiming they are communist – and these people end up being summarily arrested or shot.

But, Diaz said “it is much worse in cases of red-tagged people” because in such cases “it isn’t clear if there is an ongoing investigation for any particular crime”.

Authorities crack down on used medical gloves racket in Thailand