Protests break out in India over new military recruitment system 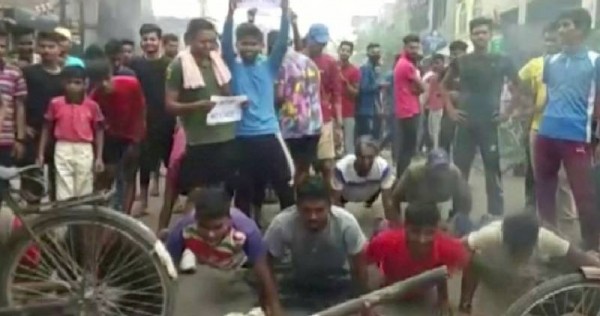 LUCKNOW, India, – Crowds in India set a train coach on fire and blocked railway tracks and roads in protests on Thursday (June 16) against a new military recruitment system, police said.

Prime Minister Narendra Modi’s government this week announced an overhaul of recruitment for India’s 1.38 million-strong armed forces, looking to bring down the average age of personnel and reduce pension expenditure.

Sanjay Singh, additional director general of police in the eastern state of Bihar, said protests broke out in about a dozen locations, with roads and railway tracks obstructed.

“The protesters set fire to a train bogie (coach) in one place,” Singh told Reuters.

“They have ransacked one railway station.”

The new system, called Agnipath or “path of fire” in Hindi, will bring in men and women between the ages of 17-and-a-half and 21 for a four-year tenure, with only a quarter retained for longer periods.

Previously, soldiers have been recruited by the army, navy and air force separately and typically enter service for up to 17 years for the lowest ranks.

The shorter tenure has caused concern among potential recruits.

“Where will we go after working for only four years?” one young man, surrounded by fellow protesters in Bihar’s Jehanabad district, told Reuters partner ANI. “We will be homeless after four years of service. So we have jammed the roads.”