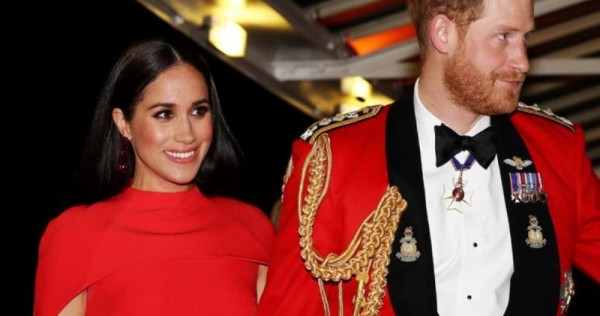 LONDON – Britain’s Prince Harry and his American wife Meghan have met their “obligations” in regards to their British home and no more payments on the property will be needed for the time being, a senior Buckingham Palace source has said.

The couple, the Duke and Duchess of Sussex, have faced criticism from some British media after they spent 2.4 million pounds on refurbishing Frogmore Cottage, set within the grounds of Queen Elizabeth’s Windsor Castle west of London, before they quit their roles as working royals at the end of March.

Harry, 36, and Meghan, 39, now live in California with their son Archie but have kept the Windsor home as their British base.

Earlier this month, their spokesperson confirmed they had made a contribution to cover its renovation costs, and the palace source, speaking on condition of anonymity, said that payment also covered rent, set at a commercial rate, which they owed from April.

“They have fulfilled their current obligations, their debt obligations in relation to Frogmore Cottage, and they have made a payment that will recognise that they have paid for the rental of that property for a number of years,” the source said.

“There will be a point in the future when they would be expected to make further payments.”

The disclosure comes as royal accounts released on Friday showed the queen’s finances will take a hit over the next few years because of the coronavirus pandemic.

The Sovereign Grant, a taxpayer-funded contribution which covers staffing costs, upkeep of palaces and travel expenses, is based on 15 per cent of surplus revenue from the Crown Estate, a property portfolio belonging to the monarchy, from two years previously.

However, the Crown Estate’s revenues have been hit by the Covid pandemic, meaning the Sovereign Grant figure of 86.3 million for 2021-2 would be frozen for the following year, as the funding formula means it cannot fall in absolute terms.

Michael Stevens, the queen’s treasurer, known as Keeper of the Privy Purse, said they now forecast there would be a 20 million pound shortfall in the 369 million pound budget for the work at Buckingham Palace.

He also said they faced losing five million pounds per year for the next three years from other income, mainly the Royal Collection Trust which gets its funding from ticket sales to royal palaces that were closed during the coronavirus lockdown.

“In responding to both these financial challenges we have no intention of asking for extra funding and will look to manage the impact through our own efforts and efficiencies,” Stevens said.